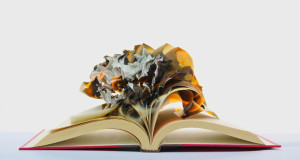 Banned Books and Trigger Warnings: How Should Teachers Navigate Tough Subjects in Literature?

Recent headlines on the use of “trigger warnings” in college-level literature classes inspired a variety of reactions. Defenders see them as an essential part of open discussion; critics like Patton Oswalt argue that they discourage true engagement with literature.

College professors aren’t the only educators who deal with uproar over the books students study. Trigger warnings, removing offensive language from classic texts, and even banning books are all part of the same pesky issue in lasting literature: Texts that spark a reaction from readers. . . spark a reaction from readers. In classrooms focused on critical thinking, figuring out what to do about that reaction can be particularly difficult.

Rise of the trigger warning

Trigger warnings originate from an ideologically sound place. Initially borne of a feminist movement’s desire to have open discussions about rape without triggering the visceral memories of victims, the labels were simply intended to provide a warning about the content that would follow. That said, labeling any book containing sexual violence with a trigger warning seems unreasonably simplistic.

From Sherman Alexie’s “Absolutely True Diary of a Part Time Indian” to F. Scott Fitzgerald’s “The Great Gatsby,” the way to prepare students for potentially upsetting images, themes, and issues in their reading isn’t necessarily a distilled trigger warning, but a respectful discussion. A trigger warning can be a part of this dialogue, but should never be used as the only acknowledgement of disturbing material.

Is Huckleberry Finn more educational with the racial epithets edited out?

While some people simply want books to contain trigger warnings, others take this a step further by asking for alterations to the language of books. For example, well-known American canon books like “The Adventures of Huckleberry Finn” use a variety of racial epithets that can be difficult to manage in the classroom.

However, this is another scenario where an open dialogue about America’s ugly racial history and the power of words will benefit students far more than avoiding uncomfortable language. When given an historical context for this language, students understand why its modern usage is offensive while engaging these words and ideas in their original texts.

Removing offensive language from books downplays the abhorrence of the ideas students encounter; preserving it is essential to ensuring students can experience the full weight of a piece of literature. Confronting such epithets in texts can also inspire students to reflect on how much America has progressed and the power of language in shaping the modern-day American identity.

Controversial books in schools also run the risk of being challenged by individuals or groups and banned by administrators or school boards. Book challenges and bannings run contrary to the National Council of Teachers of English’s guideline called the “Students’ Right to Read.” The NCTE maintains that students have an inalienable right to engage texts that offer differing perspectives, cultures, and communities — and that banning books run contrary to this right.

Teaching books that have been banned can be difficult, but is often a matter of developing contexts for parents and students. Commonly banned books are not chosen at random, but because they are an important part of teaching literature or history. Open communication between parents, teachers, and students can establish the relevance of these texts.

One good to handle book challenges is to discuss them openly while reading the text itself. Having students analyze the reasons a book is challenged is an excellent way to frame the reading while respecting both concerns about appropriate content and the importance of intellectual freedom.

Some teachers and administrators actually design content around challenged or banned books. At the East Prairie School in Skokie, IL, one of the literary specials courses for sixth through eighth graders is called “Banned Books;” the curriculum is designed using young adult novels that have been banned.

Students are required to get parental permission, but teacher Marjorie Fox explains that such classes allow for exposure to these ideas in a controlled environment, where students can discuss the issues and themes of the text as well as topics like freedom of speech or freedom of the press.

This could be a unique idea for engaging students with literature. Sometimes hearing that a book was banned — that adults strived to keep it out of a student’s hands — can prove alluring even to reluctant readers.

Ultimately, it’s worthwhile for students to engage potentially triggering, offensive or banned books. The challenge for teachers is to create a context for controversial ideas, racial language, or potentially troubling topics. With deep contextual understanding, students are able to access the spark such literature provides without getting burned.