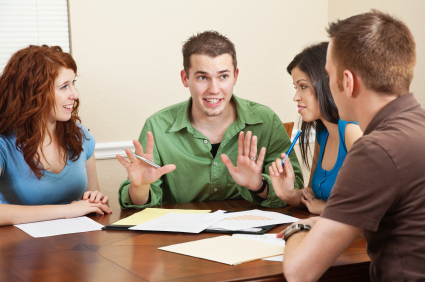 Each language has its own set of rules for speaking and writing the language properly, and individuals trying to learn a new language often blur the lines between which set of rules to use.

Second language learners also face a certain degree of fear or anxiety about tackling a new language, which can, in turn, affect how easily or how well they acquire a second language.

Ann E. Oliveri, a teacher with 30 years of experience teaching English as a second language (ESL), describes second language acquisition as a learning continuum because the person learning a new language “progresses from no knowledge of the new language to a level of competency closely resembling that of a native speaker.”

This stage may last from several hours to several months, depending on the individual learner. During this time, new language learners typically spend time learning vocabulary and practice pronouncing new words. While they may engage in self-talk, they don’t normally speak the language with any fluency or real understanding.

This stage may last about six months, during which language learners typically acquire an understanding of up to 1,000 words. They may also learn to speak some words and begin forming short phrases, even though they may not be grammatically correct.

By this stage, learners typically acquire a vocabulary of up to 3,000 words, and learn to communicate by putting the words in short phrases, sentences, and questions. Again, they may not be grammatically correct, but this is an important stage during which learners gain greater comprehension and begin reading and writing in their second language.

At this stage, which may last for a year or more after speech emergence, learners typically have a vocabulary of as many as 6,000 words. They usually acquire the ability to communicate in writing and speech using more complex sentences. This crucial stage is also when learners begin actually thinking in their second language, which helps them gain more proficiency in speaking it.

It takes most learners at least two years to reach this stage, and then up to 10 years to achieve full mastery of the second language in all its complexities and nuances. Second language learners need ongoing opportunities to engage in discussions and express themselves in their new language, in order to maintain fluency in it.

The key to learning a new language and developing proficiency in speaking and writing that language is consistency and practice. A student must converse with others in the new language on a regular basis in order to grow their fluency and confidence. In addition, Haynes says it’s important for students to continue to work with a classroom teacher on a specific content area related to the new language such as history, social studies or writing.