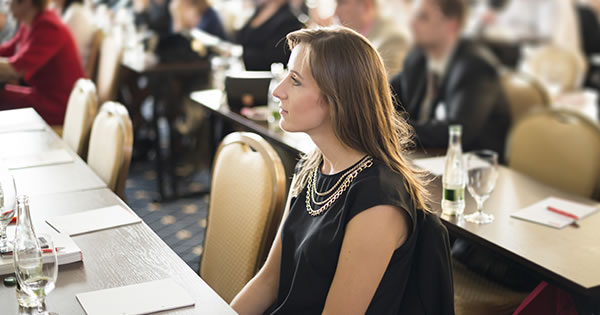 Education Conferences in 2020 That You Should Consider Attending

There are a ton of education conference options each year and most of them aren’t cheap. Ticket prices, travel costs, and taking time away from work all make choosing the absolute best conference a must — because, despite the logistics, conferences can be so useful (even life-changing) for educators. Here’s a list of upcoming education-focused… Read More

Crisis Point: The State of Literacy in America

The United States is facing a literacy crisis. Yes, crisis. It isn’t new, but its impacts upon our kids, our economy, and our society are far-reaching and expanding. How bad is it? Take a look at some numbers. More than 30 million adults in the United States cannot read, write, or do basic math above a… Read More

No Name-Calling Week: Celebrate With One Word Gifts

I tell my students that if they end the school year taking only one nugget that they’ve learned from me, I’d like it to be the gift of being kind. In every person’s life, there are always ways to show kindness to others. I demonstrate this in my classroom in a variety of ways: shout-outs… Read More

Schools and classrooms are the heartbeat of our communities — at the intersection of learning and of life’s challenges. These challenges and high levels of adverse childhood experiences (ACEs) are a daily reality; and how schools and educators adapt and respond with a trauma-informed approach is critical to learning outcomes. To acknowledge and address these… Read More

How to Celebrate American Education Week in Your School Community

With dedicated teachers, administrators, and other school staff, public schools are there every day for every student, preparing tomorrow’s leaders. That’s why, during November, we celebrate public schools during American Education Week. Take part in this national event with a few celebration ideas below, and share online using the hashtag #PublicSchoolsForAll and #AEW2017. Monday, Nov…. Read More

What kids eat at school is getting a lot more scrutiny these days. Schools often (though not always) serve the cheapest, most heavily processed meals. Since the controversy about “pink slime” in the meat served in school lunches a few years ago, many parents have grown increasingly worried about school food quality. That’s the backdrop… Read More

'For All Who Wish to Learn': An Education Model Worth Celebrating Turns 100

I teach because I believe in the power of education to change a life. What keeps me working and serving at the community college level is the deep understanding that education is a right that should be afforded to all people,  including nontraditional students who are first-generation, immigrants, or of low socioeconomic status. These students… Read More

In part one of my examination of events and trends that either help or hurt education, I discussed recent court rulings and the growing number of parents and students who opt out of standardized testing. One of the biggest education stories in the last year was about reforms to No Child Left Behind (NCLB), the… Read More

With documentaries like “Waiting for Superman” and supporters that range from Bill Gates to Sarah Palin, “charter” has long been a buzzword in conversations about improving public schools. Charter schools are publicly funded institutions run by independent groups, either private business or teachers, parents, and reformers. Washington Supreme Court ruling: Publicly-funded charter schools are unconstitutional… Read More

Election Day, as I often tell my students, is like the Super Bowl for me. The commercials aren’t as exciting, but watching the returns is an interesting process, particularly when local elections have consequences that matter to us. Last Tuesday’s results, including several Colorado school board races, were no exception. Two Colorado school boards served… Read More

Support for Students Who Have Lost a Parent: The Family Lives On Foundation

More than two million children in the United States are grieving the death of a parent. “When a student’s relative or loved one has died, teachers wonder, perhaps worry, what do I say? Out of our own personal discomfort, or with good intentions, they often say nothing at all,” said Christine Cavalieri, executive director of… Read More

Mothers have been trying to convince children of this for years: You are what you eat. Although kids eventually figure out they won’t become candy bars by eating them, research has found a strong correlation between the amount of nutrition we receive and how well we are able to perform. Just as professional athletes are… Read More