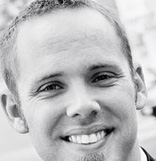 Fifth-grade math teacher Todd Nesloney became an educator in part because he hated math — and didn’t want other students to struggle like he had.

His mission was certainly a success. Five years in, his classes consistently scored among his Texas district’s highest on standardized tests. But Nesloney wasn’t happy.

“It just wasn’t what I got into education to do,” Nesloney said.

It was around that time that a co-worker approached him about the flipped-classroom model, where lecturing is done as “homework” and hands-on work is done in class. It was close to what Nesloney wanted but still not exactly right. He began adding projects to the work his students did until he found a combination that worked well for him.

And, most radically, he stopped talking about the test. No excited, high-stakes pep talk before tests, no special treats and no reviews of test-taking strategies. He didn’t want to make learning about taking the test. He wanted learning to be about, well, learning.

“The kids know the test exists, but we view it as another benchmark so we can identify our areas of weakness and work on them,” Nesloney said.

His work has been recognized. He has been a Texas Computer Education Association Classroom Teacher of the Year and a White House Champion of Change, and has earned a place on the National School Board Association’s “20 to Watch” and the Center for Digital Education’s “Top 40 Innovators in Education.”

For him, this approach takes the stress out of the classroom. Students are given space to fail and space to learn. And he gets to focus on learning projects for his classroom.

He’s spent two years with this new less-test-focused learning and his classes still earn some of the highest scores in the district.

He attributes this success to the depth of learning his students do through their classroom projects.

Right now, for example, his students are learning fractions by proposing a new meal plan for the school’s cafeteria. The class is picking FDA-approved school lunch items and figuring out the nutritional value and how they would be made for 25 or 100 students. They’ll present their ideas, and the best ones will go before the district staff for consideration for the lunch menu. Not a bad way to learn in the real world. Most importantly, Nesloney said, is the project isn’t about the “right answer.” It is about learning.

“We still have state standards that I’m teaching,” he said. “But we are doing it in such depth that the students know how to solve problems when they see them.”

Other teachers, he said, often comment on the discussions in his class. The students aren’t giving the right answer because it is the right answer; they are instead talking about ways to get to it, showing real learning.

Benefits of moving beyond test-focused learning

In his journey in the world of no-test-prep, Nesloney said he learned a few things:

Believe in your students

“No amount of great teaching is going to bring a student to her full potential,” Nesloney said. Instead, teachers have to give learners a safe place to fail. “They need to know that they have value and their learning has value. They need to know they can take risks and be safe. They aren’t just another seat in a chair.”

Nesloney is the only teacher in his district taking this approach, but social media allows him to connect to people all over the world.  That enables him to poach ideas and learn about pitfalls from the experience of others without sharing a classroom or even a building with them.

Know when to walk away

Not all projects work, Nesloney warns. “That’s the biggest takeaway. I believe you have to be flexible,” he said. He’s had to extend the time of some projects when students needed it. He’s also had to shelve a project that wasn’t coming together. Willingness to fail shows students that it is OK to experiment, provides important lessons for educators and, in the end, builds better lessons.

Next year, Nesloney will take on a new role, as a principal of a school he hopes will focus on project learning.