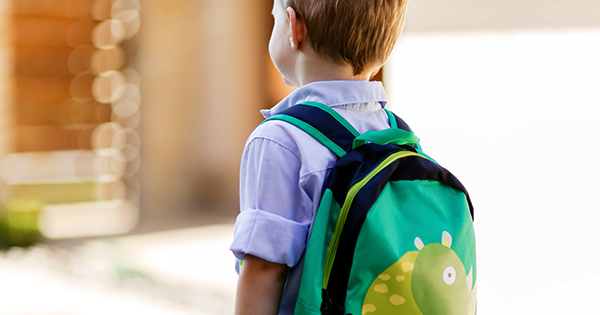 Early childhood education programs, such as preschool, are not required by state law, and therefore, parents do not always have access to early educational programs for kids through the public school system. As a result, preschool programs and day care programs are priced accordingly and can often be unaffordable for many low-income families.

The inequality in the availability of preschool begins a vicious cycle, where low-income kids do not have the same educational opportunities early in life as the middle or upper class kids do. However, low-income families should recognize that there are some early childhood education programs available at an affordable cost for their families, and with a little research, opportunities for preschool can be found. Below are three options worth looking into.

Head Start began in the mid-1960s as a program for low-income children to start a few weeks before kindergarten. The idea was to offer a program in a summer school setting, giving students six weeks to get up-to-date on everything they needed to know for kindergarten.It was quickly discovered that this was not enough, and in 1981 the Head Start Act expanded the program to better serve low-income families.

Head Start programs are available across the country. As of 2005, there were more than 22 million young children in the United States who were participating in this preschool option. The curriculum not only focuses on teaching young children what they need to know in order to begin kindergarten but it also focuses on social skills, nutritional skills and the importance of parental involvement as well. It attempts to address some of the issues that come with being impoverished in the United States, and aims to help level the playing field for children who come from low-income families.

Traditional preschool can cost several hundred dollars each month, and the parents drop their children off to enjoy school for a few hours. In a cooperative preschool, parents pay less tuition but are required to work in the classroom in order to keep the costs low. This is a good option for low-income families because it provides the same great education for less money, while giving parents or other guardians the opportunity to get involved in their child’s life outside of the home.

Cooperative preschools generally are found in close communities of families, and it helps people to have a support group to lean on during these formative years of their children’s lives. Parents also have a greater sense of involvement in the school and get to have input on how the school is operated on a day-to-day basis.

Not all states have these types of preschools available, but low-income families should check with their state government to be sure. Some states that offer public preschools include Oklahoma, New York and Georgia. Their preschools are part of the public education system, allowing each child a fair chance at getting the early education they need in order to be successful in life.

Other states that do not have public preschool programs have other state-funded preschool options that are designed specifically for low-income families who are interested in early education for kids. It is important to verify the programs available in each state, as it varies from one government to the next.

With so many children attending preschool programs in the United States, low-income families who do not have the opportunity to send their child to a tuition-based preschool often find that their children are already behind in the educational process when they start kindergarten. They have not had the opportunity to socialize and learn in the classroom setting, and often have not learned the basics they need to know when they begin their elementary school years.

Parents need to recognize the importance of preschool in today’s society, and work with their local governments to find a low-income early childhood education program that is right for them. The benefits of these programs are numerous, and will be felt throughout the rest of the child’s school-aged years and beyond.