How to Keep Bright Girls From Being Their Own Worst Enemies 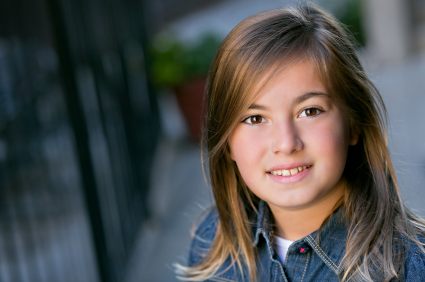 In preschool, my daughter refused to walk across a balance beam for a physical education component of her development review. At parent-teacher conferences, her teachers recounted how they had asked her to walk across the beam and she replied, “I can’t.” She didn’t try and then fall. She didn’t even stand on the beam. She simply refused to attempt it at all.

Later on the playground, they saw her off in the corner, putting one unsure foot in front of the other on the balance beam, arms waving wildly. She tried and succeeded, but not when they asked her to. Over the years we’ve seen this behavior repeated time and time again; “I can’t” is generally the language she uses when she means “I’ve never done that before and I’m scared I won’t be good at it.”

She’s not alone. According to social psychologist Heidi Grant Halvorson, PhD, my daughter’s reaction to challenges is common among smart female students. In her article “The Trouble with Bright Girls,” Halvorson recounts Carol Dweck’s 1980s studies on how fifth grade girls and boys handled perplexing material.

Says Halvorson, “She [Dweck] found that bright girls, when given something to learn that was particularly foreign or complex, were quick to give up — and the higher the girls’ IQ, the more likely they were to throw in the towel. In fact, the straight-A girls showed the most helpless responses.”

A look at abilities

Halvorson posits that while traditional classroom management of boys focuses on feedback that emphasizes effort, it is parental and teacher feedback focused on mastery that helps girls create their sense of self worth. In other words, society tends to teach girls that they can do things because they are smart, a thing outside of their own control. When faced with frustrated efforts or confusing material, bright girls tend to assume it is because they aren’t smart.

My daughter’s attempts at the balance beam didn’t take smarts, but they exhibited exactly what Halvorson describes. She found the balance beam perplexing, scary, and frustrating — and more than not being able walk it, she feared not being able to do it on her first attempt. The best way for her four-year-old brain to conquer the fear of failure was by not trying at all. She was her own worst enemy.

As Halvorson points out, this trait is common among smart female students as they grow into successful women. In fact, she challenges grown women — yesterday’s bright girls — to try something new. Research supports the idea that abilities are malleable and that with enough challenge, women can improve their skills and tackle just about any task in front of them, all the while developing the sense that their struggles can lead to confidence.

Embracing this idea leads to the fundamental fact that children in classrooms need to be faced with regular challenges that push them. Bright girls in particular ought to be given tasks that require consistent struggle — and their effort, rather than the result, should be recognized and rewarded.

Moreover, how we relate to these students in the classroom needs to embrace a language that highlights effort over innate ability. When setting goals with smart young women, we need to push them outside their comfort range, encouraging them to try things they’d never considered before. We should ask them what they fear, help them face it, and reward the boldness of their attempt.

At home, we’re trying to use language with all of our children that reflect these findings. We’ve replaced “You’re so smart” with compliments like “I can tell you worked very hard on this.” We try to consistently reward our children when they embrace new and sometimes scary challenges in hopes that our bright girls will grow into confident women who know that whatever new thing they take on, it is their perseverance, not just their innate abilities, that will lead to success.