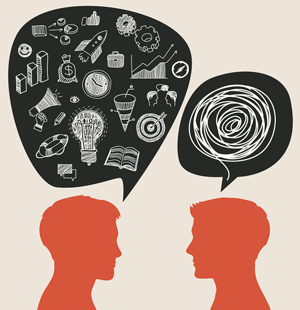 Do Their Arguments Hold Water? Showing Students the Risks of Logical Fallacies

Students often have a feel for whether an argument is valid, but they can’t rely on gut sense alone in a culture that takes a no-holds-barred approach to argument.

Advertising, politics and student writing assignments all require rhetorical devices to convince people that their arguments are valid. Ideally, persuaders use facts, reasoning and logic to prove their points, but they’re always tempted to take a shortcut and make their case with logical fallacies — assertions that seem plausible but collapse under scrutiny.

Understanding logical fallacies can help students evaluate the credibility of marketing messages, activists’ appeals and research sources. And they can use this knowledge to strengthen their persuasive writing and earn better grades on their assignments.

The basics on logical fallacies

Logical fallacies also should send up red flags in students’ research because they undermine the author’s credibility. Students need to identify the most egregious of fallacies early, and expand their understanding of logical fallacies over time.

Even the youngest readers can be taught to see the problems with logical fallacies such as ad-hominem (insulting the man), slippery slope or appeals to emotion. As they develop an intuitive sense of fairness, they can expand their understanding of persuasive writing.

Try this: Show student examples of persuasive writing filled with loaded language or deeply emotional appeals like pity or disgust, then ask them about the logical basis for these arguments. I often open discussions of logical fallacies by mentioning “sad puppy” commercials and asking students how they make us feel, versus what information we learn from them.

It can be eye-opening for students to see that these persuasive commercials often have little data or content. Instead, they rest their entire argument on our emotional connection with certain music and images.

There are many ways to help older students improve their understanding of logical fallacies. The website Yourlogicalfallacyis.com is helpful because it has a point-and-click interface to the most common logical errors. By associating traditional logical fallacy concepts with images and easy explanations, the website helps students learn more complex fallacies like the straw man or hasty generalization.

Mike Rugnetta of PBS Idea Channel has a series of YouTube videos that identify logical fallacies. Rugnetta points out the most common fallacies and draws explanations to illustrate how they are committed, why they might seem acceptable, and why they are logical errors.

However students learn about fallacies, it is essential to get them past the theoretical and draw them into exercises identifying fallacies. One of my favorite exercises is called “Fallacy in the wild.” I challenge students to search for these errors in logic before our next class meeting. I encourage them to bring these examples to class, where we discuss their findings — from the news to television to commercials. As students begin to apply their theoretical knowledge, they develop a deeper sense of logical errors and their importance in argument building.

Digging deeper into flaws in reasoning

If you don’t have time for a longer reading, focus on a set of phrases or short paragraphs that commit fallacies, and ask student teams to identify the errors. Having students read through “letters to the editor” or internet comment sections can be especially helpful — as arguers revert to their baser selves in anger, they often lash out using fallacies rather than logic.

Political debates are another great resource because politicians are fans of either/or, strawman, red herring and ad-hominem arguments. Showing students short clips of political interviews or debates from a variety of politicians can help them see that logical fallacies are human and common.

Finding the nuance in logical fallacies

Ultimately, students need to understand that the presence of a fallacy does not necessarily negate an argument. While arguers should strive for fallacy-free persuasion, sometimes logical fallacies rear their ugly heads anyway.

When it happens, readers should be able to identify and understand the fallacy, but they should also know it may be one flaw in an otherwise well-constructed argument. Learning to identify these fallacies can help them ensure that their own persuasive pieces use the best possible evidence with as few flaws as possible.