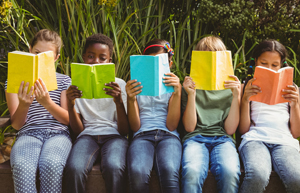 We all want our students to see pieces of themselves in the stories they read. Novels promoting diversity, inclusion, compassion, and awareness help students identify with the experiences and perspectives of people who are much like them — but with a few crucial differences.

Here are five powerful novels that can help diversify the worldviews of middle school students.

The story of a Mexican immigrant, Esperanza Rising is about a young girl named Esperanza who lives a charmed life on a ranch in Mexico until tragedy forces her to flee to California with her mother. There she must adjust to life in a camp for Mexican farmworkers while dealing with the financial struggles of the Great Depression and her now-ailing mother.

Trying to make sense of the complex, multilayered Israeli-Palestinian conflict is difficult for people of any age. But Habibi provides readers with a unique teen perspective that is accessible and at times relatable.

Liyana is a 14-year-old girl from St. Louis, Missouri, who moves with her family to the West Bank, her father’s homeland. Liyana’s relatives are strangers to her who speak a language she doesn’t understand.

She struggles with homesickness until she meets Omer, who is Jewish. Their friendship is an issue, but Liyana pushes her father to practice what he preaches about equality, and together Liyana and Omer try to make their families understand their bond. Winner of the Jane Addams Children’s Book Award, “Habibi” touches on prejudice, persecution, and acceptance — all powerful themes that will stay with students long after they finish the dramatic ending.

Marcelo in the Real World by Francisco X. Stork

Marcelo struggles to read facial expressions and to understand love, empathy, and social interactions. He’s quirky but in an endearing way: He sleeps in a tree and is extremely afraid of going to a regular high school because he’s spent the past three years in a private school for students with learning differences.

Arturo, his father, decides to push Marcelo out of his comfort zone, putting him to work in the mailroom of Arturo’s law firm for the summer. If Marcelo can follow the rules of the “real world,” then he can return to his beloved private school for his senior year.

If not, Marcelo must face his fears and attend the public high school. With the added bonus of an intriguing moral dilemma and a hint of romance, Marcelo in the Real World is full of tension as readers begin to see the world through his eyes.

Stork does an excellent job of giving readers a glimpse of what it is like to be in Marcelo’s position — all the while exploring many coming-of-age topics.

The Crossover by Kwame Alexander

A Newbery Medal winner, The Crossover is about twin brothers in a successful, tight-knit African-American family. It is cleverly written in rhythmic verse, which enhances the intensity of the boys’ competitive basketball games and the challenges they experience.

Although the catchy, hip-hop-style sections are lively and fun, there are also moments where the rhythm seamlessly transitions to allow pauses for reflection when the twins’ parents share gems of wisdom with the reader. Familial love, determination, and friendship are all central themes of this well-crafted novel that will appeal to sports enthusiasts and poets alike.

Many students can probably relate to the new-kid experience, but August, the main character in Wonder, is a new kid who was born with distorted facial features. Although he is normal in every other way, his “craniofacial difference” forces him to prove to everyone at his new middle school that he is just like them despite what they might think.

This New York Times best-seller opens readers’ eyes to August’s unique experience, which is told from several points of view so we can better understand August, his parents, his sister, his best friends, and even the kids who harass him. It is sure to spark meaningful discussions about judgment, appearances, exclusion, bullying, courage, and friendship.

Kara Wyman has a BA in literature and a MEd from the University of California-Santa Barbara. She has worked with adolescents for a decade as a middle school and high school English teacher, the founder and director of a drama program, and a curriculum designer for high school and college courses. She works with 13- to 19-year-old students as a project manager of a non-profit organization.