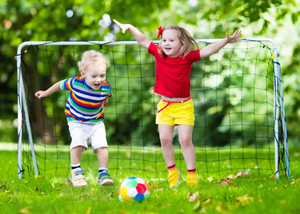 Early childhood education is incredibly important to a child’s future academic and professional success, which is why many education advocates point to preschool as a crucial point of entry that gives children the means to succeed later in life.

There is no single teaching method that guarantees success in preschool. Instead, teachers rely on multiple philosophies, based on their values or experience, to ensure the best outcomes for students. Most preschool philosophies fall into one of two categories — play-based or academically focused — and many schools and teachers incorporate ideas from both camps.

Play-based programs let children choose their next activity rather than follow a standard curriculum or set agenda. Teachers set up classrooms so that different stations engage students in different activities. Such stations might include a reading area, a kitchen station, a water area and many more.

This setup lets students cycle through different areas and pick their own activities. While students aren’t being taught or following a certain curriculum, they learn through playing and develop fundamental knowledge through these activities.

Academic preschools more closely resemble typical schools. Teachers direct the classrooms and lead students through a series of prescribed lessons or activities. While students still have some playtime, the overall experience is more structured.

These classroom environments aim to ensure students are academically prepared for kindergarten. To get there, teachers develop lessons around concepts such as letters, numbers, shapes, colors, etc.

Two highly specialized preschool programs are fairly popular and widely accessible in the United States — Montessori and Waldorf schools. While some preschools follow these philosophies and incorporate in ideas from these models, both Montessori and Waldorf are private, licensed programs that strictly adhere to specific models. The models are fairly influential in the realm of early childhood education.

The Montessori method comes from a Roman philosophy developed in the early 1900s. Teachers serve as guides, and the classrooms are child-centered, meaning children are encouraged to problem-solve on their own and learn through the act of playing. One of the defining aspects of this type of education is that children work and learn at their own pace and classrooms aren’t organized by age. As such, students often stay with a single teacher for a number of years and are exposed to working with both younger and older students. These programs seek to encourage independence and leadership in students.

Waldorf schools encourage a play-based learning and implement mixed-age classrooms. These programs focus on creating routines and patterns for children, which means that they do certain activities at the same time each day or during the week on a certain day. Waldorf programs are distinct in their approach to media and academics — they do not use media or technology in their classrooms, so students do not use computers or watch videos.

Additionally, Waldorf schools don’t focus on academic achievement, which means students don’t have homework and aren’t graded on what they do in class. These programs focus heavily on interacting with the physical environment and encourage a great deal of time outside of the classroom. These schools aim to develop students who know how to think critically and have a strong sense of individualism.

All models have some benefits, so most schools and teachers use more than one philosophy to benefit a large population of students. Teachers can determine which model they think will be the most effective for individual students as well as for their overall classroom structure.