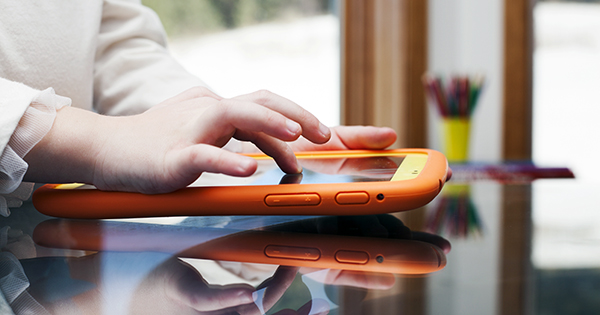 Driven to Distraction: The Device Debate

If a time traveler from 1990 came to 2018, they’d most certainly ask: “What is everyone carrying around and staring at?” Smartphones, tablets, laptops — the world is so immersed in technology; it’s hard to believe that even 20 years ago things were extremely different.

As some of today’s teachers represent the last of the pre-digital-native generation, can we really expect modern learners to put away their iPhones to go totally old school? Should they have to? Or should educators adapt their practice to support tech-savvy learners?

While many applaud the banning of devices as a way to rebuild student attention spans and overall focus in the classroom, others believe banning technology is a mistake we can’t afford to make.

The device debate around the world

Meanwhile, in some parts of Canada, Australia, Denmark, Sweden, Spain, Romania, and Estonia, students are encouraged to bring their own devices to school for learning, while the acceptance of cell phones in class varies by local region. A ban on phones in Italian schools was lifted recently when the Education Minister, Valeria Fedeli, in an interview with La Republica, referred to cell phones as an “extraordinary tool to facilitate learning.”

In the U.S., states and cities make their own decisions about device usage. The New York City Department of Education famously overturned previous mayor Michael Bloomberg’s ban on phones after businesses popped up in the form of trucks parked outside schools, charging students to store their devices during the day — an enterprise that racked up over $4 million a year.

Is there any clear evidence one way or the other?

There is not a lot of agreement on what to do about devices in the classroom, and the research doesn’t yet provide clear answers either. A study out of the Centre for Economic Performance London School of Economics and Political Science found that test scores rose by over 6% after cell phones were banned in British high schools in Birmingham, London, Leicester, and Manchester. However, a study out of Singapore Management University determined that students whose devices were taken scored 17 percentage points lower on tests than those whose devices weren’t taken, a trend the researchers attribute to — get this — anxiety and an inability to focus caused by FOMO or Fear Of Missing Out.

Barring some kind of technological apocalypse, chances are we’re not going back to a world without technology. So to ban devices in a learning environment erases their value as learning tools and does not teach students how to be responsible device users.

Secretary general of the French teachers’ union, SGEN-CFDT, Alexis Torchet, told NBC, “The question is not about banning phones but teaching students how to use them in a sensible and reasoned manner. About 90% of students have what is basically a computer in their pockets that are often more operational than the school’s. The debate must be centered on technology education.” It’s the job of educators to usher digital native students into this new realm by teaching them social responsibility. We must teach students about cyberbullying, focus, etiquette, and safety. As young people enter a work world teeming with technology, to delete devices from their education can seem foolish.

Many of today’s teachers didn’t grow up on social media, with cell phones, or even with the Internet. In the past 20 years, humanity has quickly evolved to integrate technology deeply into our lives, and education systems that largely operate just as they did at the turn of the 20th-century risk becoming obsolete if they don’t evolve as well.

Stephen diFilipo, a digital education consultant, told Ed Tech Magazine that devices represent independence and a connection to the modern world for youth — much like getting one’s first car. “To take that away from [students] during the class period is deconstructing their world. Now you’ve walled off your learning environment from the rest of their world.”

Not shockingly, students want to use technology as part of their learning process. An Educause Learning Environment Preferences survey noted that students prefer using technology to learn and that 54% of students often use at least two devices simultaneously for school work. Enter any college classroom and you’re likely to view a sea of laptops, with students typing away taking notes. Never before have students been able to access information more quickly or more thoroughly. What used to take hours at a library, chasing down titles and skimming through encyclopedias now takes seconds.

And a new world of 21st-century skills has emerged. Learners can now Skype with experts, chat with primary sources, and watch video tutorials to understand just about anything. No longer is the classroom teacher the keeper and dispenser of all knowledge. Devices can help make learning more self-directed, inquiry-based, and much faster. The trick is for educators to adapt more engaging modes of teaching and learning, steering away from lecture-based teaching and into more hands-on, collaborative learning.

SAMR (Substitution, Augmentation, Modification, and Redefinition) is a framework created by Dr. Ruben Puentedura (2006) to help teachers integrate technology into classroom learning in meaningful ways that go beyond merely substituting old tools for tech tools — like substituting a laptop for a notebook to take notes. The framework shows how students can amplify and complexify their skills acquisition via technology — like redefining the understanding of Shakespeare through an original film production.

Check out the SAMR Padagogy Wheel by Allan Carrington for a list of apps and how they connect to the SAMR progression.

While sweeping bans feel like an easy way to curb the issues associated with technology integration, they leave out and call out those who depend on technology to assist in their learning or day-to-day living. If students require devices for disabilities, they must, of course, be able to use them.

Banning technology for everyone except disabled students brings up issues of equity — singling out those who need devices. According to the American Bar Association, “Under the ADA (Americans With Disabilities Act), students do not have to disclose their disability to other students and when professors have a ‘no- laptops-unless’ policy, it forces the student to choose privacy over learning.”

Where do we go from here?

The National Center for Education Statistics says that we are trending away from device bans. Their survey reports that the number of public schools banning devices fell from nearly “91 percent in 2009 through 2010 to nearly 66 percent in 2015 through 2016.” The initial frenzy of device backlash may be waning, but if educators don’t shift their practices to truly integrate technology into the learning process in meaningful ways, we risk not preparing students for a new 21st-century world.

Leslie A. Wilson, the chief executive officer of the One-to-One Institute, a nonprofit that consults with schools on Ed Tech told Ed Week, “There’s nothing transformative about every kid having an iPad unless you’re able to reach higher-order teaching and learning. If schools take all this technology and use it as a textbook, or just have teachers show PowerPoint [presentations] or use drill-and-kill software, they might as well not even have it.” The focus now should be on training both pre-service and in-service teachers to integrate technology authentically and to develop policies and curriculum that teach students digital responsibility.

Educators can seek out in-service professional development programs to elevate their teaching through responsible, meaningful, and cutting-edge technology-integrated teaching and learning.