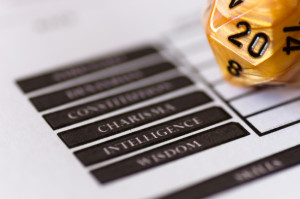 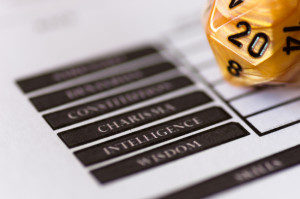 On Saturday nights, my family sits down and plays a silly game called Munchkin. We go on a quest, establishing our race, class, and armor, sometimes teaming up or working against each other, taming or fighting monsters, dodging curses, and introducing the occasional serious plot twist. These can be quick stories of triumph or long slogs full of deceit and betrayal, all in the spirit of family fun.

Tabletop games are an increasing popular genre for kids and adults

Munchkin is a satirical (and much easier) take on role-playing games like Dungeons & Dragons (D&D); while we don’t necessarily create the depth of story of D&D, we certainly do form a narrative through card play. We’re not alone in our love for these games either. D&D is a classic role-playing game, but the genre of tabletop games is increasingly popular.

Tabletop games are a broad collection of role-playing, card, tile or board games — anything you might play on a table. Recently featured in geek culture icon Wil Wheaton’s TableTop video series on YouTube, these games offer opportunity for intrigue and engagement with students. They are a great way to teach fictional story development and to help students break through writer’s block and get their creativity flowing.

The grandfather of role-playing tabletop games, Dungeons & Dragons, just celebrated its 40th birthday. The game is a low-tech endeavor, with pencil-drawn maps, actual figurines and a Dungeon Master whose job is to create a believable fantasy world and an engaging narrative. This is incredibly challenging.

The creativity and narratives of the game taught these writers about how fiction can and should be developed, even if they do not write fantasy genre novels. Dan Harmon’s D&D love is clear from two episodes of his television show “Community” that were devoted to game play. Over the years, a variety of less complex but equally creative tabletop games have emerged, many of which include the creative game play that D&D requires.

For students, particularly those in creative writing, the complex task of imagining a universe and then devising a plot within it can be particularly burdensome. Students’ ability to engage their characters can be challenged, particularly when they are unable to empathically envision their character’s motivations and histories.

When allowed to play a role-playing or tabletop game in class, creative writing students can perhaps find freedom in this new and unusual universe — and increase their ability to get inside a character’s head. The task of teaching students how to play Dungeons & Dragons or Magic: The Gathering may seem tough, but if they already play, it could be fun for the class to witness part of a game.

Other games like Munchkin or Superfight provide a quick entry into tabletop games and can help students break through writer’s block. In the face of limited free time in class, drawing a few cards at the beginning of a free-write period and challenging students to use them in a writing exercise helps them push through the task of character or universe creation and begin to imagine and write a story.

Game play itself can be used to introduce or close a writing unit or during particularly burdensome academic times to give students stress relief while still engaging them in lessons on plot and character development. Post-game reflection encourages them to see how they worked to create a story and allows them to apply that to their own writing techniques and habits.

Tabletop and role-playing games require imagination, a deep understanding of plot development, getting inside a character’s head, and even collaboration. Often students believe writing is a lonely experience that must be done without community engagement. Given an opportunity to play a role-playing game in class can help them establish a writing community and learn to come to each other for ideas.

Sometimes games go in entirely different directions than anyone imagined; this is the beauty of  tabletop or role-playing games. It is also the beauty of collaboration in artistic and writing communities. Once students have established their own writing community, they can return to each other for more than just imaginative creative writing. The creativity required in Dungeons & Dragons, for example, also increases their ability to be analytical and forward-thinking. This can pay off even in students’ nonfiction writing, helping them with the critical thinking skills required to evaluate and create arguments.

Using Dungeons & Dragons or tabletop games in the classroom is an unconventional use of class time, but it increases students’ engagement and interpersonal relationships while also teaching them essential writing skills and critical thinking. This can pay off in the long run while students will have a lot of fun in the meantime.