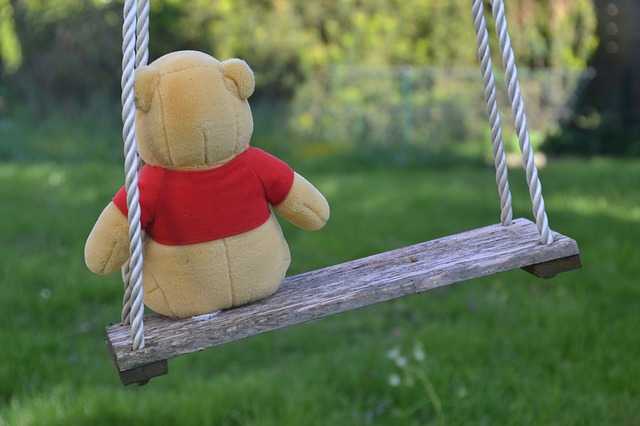 Pooh-isms: Subtle Lessons About Resilience from a Famous Bear

Just over a year ago, I had the opportunity to go back to London, where I always make sure to visit the Victoria and Albert Museum. I actually went back a second time in the same week because they were having a limited-time exhibit, Winnie-the-Pooh: Exploring a Classic exhibition. The walls were full of sketches and artwork and I quickly learned that A.A. Milne, while the mastermind behind the clan of characters in the Hundred Acre Wood, was only part of the magic. The beloved artist, E.H. Shepard, worked for years in partnership with Milne, bringing the Silly Old Bear and his friends’ adventures to life in four books.

The tales of Winnie-the-Pooh were based on the beloved stuffed bear of Milne’s son Christopher, immortalized in the character of Christopher Robin (the actual stuffed teddy bear is on display at the New York Public Library). However, the model of Pooh was actually based on Shepard’s son’s stuffed bear, Growler (who sadly was destroyed generations later by a neighborhood dog). Ernest Howard Shepard was a talented and well-exhibited artist when a coworker from Punch recommended him to Alan Alexander Milne as an illustrator.

Beloved by both children and adults, the tales stand the test of time partly due to their relatability, candor, and levity. Pooh, a Bear of Very Little Brain, personified attributes that showcased his sense of resilience by floating through life tied to a balloon. Can you believe that it was almost 100 years ago when he first appeared in the London Evening News in “The Wrong Sort Of Bees,” on Christmas Eve in 1925? He was wise beyond his bear years in teaching us all about:

So how Pooh are you? Take a “Poohsonality Test” in honor of A.A. Milne’s birthday and all of Pooh’s life lessons, then explore the wonderful world of Pooh on Pinterest and Teachers Pay Teachers, as activities and creative ideas are as full as a jar of honey.

Here are five simple ways to weave the wisdom of that Silly Old Bear into your classroom: