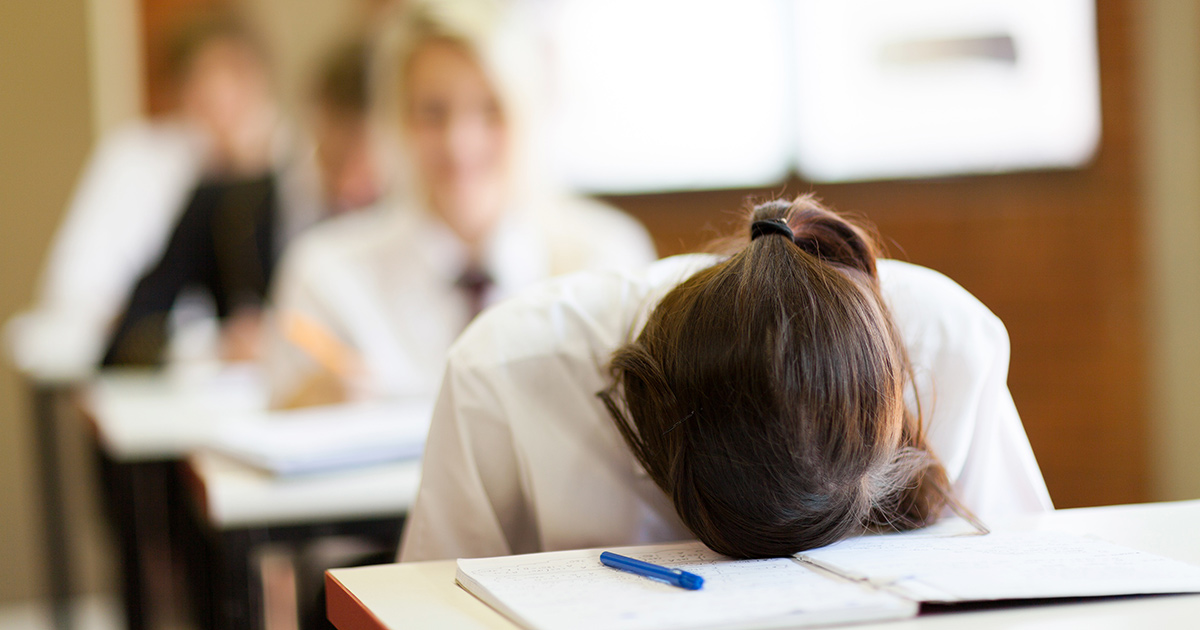 Is It Student Laziness or Something More?

Everyone’s heard a fellow educator say, “My students are so lazy!” It’s definitely frustrating when students moan and groan or fail to hand in assignments. Some say that teachers should never work harder than the students, and that school must be rigorous and demanding in order to prepare students for the real world. And of course, many teachers have heard the refrain: “But it’s mad work, Miss.” It’s easy to chalk up student stagnation to laziness — but what would happen if we started considering “laziness” as a symptom, not as a cause? Let’s dig deeper.

Student laziness may not exist

One social psychologist, Dr. Devon Price, boldly argues that student laziness does not exist. “When I see a student failing to complete assignments, missing deadlines, or not delivering results in other aspects of their life, I’m moved to ask: what are the situational factors holding this student back? What needs are currently not being met? And, when it comes to behavioral “laziness,” I’m especially moved to ask: What are the barriers to action that I can’t see? There are always barriers. Recognizing those barriers — and viewing them as legitimate — is often the first step to breaking “lazy” behavior patterns.” This concept could shift the mindset of educators away from “my students won’t” toward “my students didn’t — why not?” When we begin to explore the barriers to student success, instead of just chalking things up to laziness, we may begin to assist students in overcoming those barriers. Here are just a few possible barriers.

Often, kids come to school with an invisible backpack full of trauma. What may seem like disruptive, antisocial, or anti-academic behavior can be rooted in issues the student is experiencing outside of the classroom. “A lot of the coping skills kids use are about trying to maintain power or control or security,” says Claire LaPoma, a former Trillium Family Services prevention specialist at Faubion School in Portland, Oregon. “Things like being hyper-vigilant of their surroundings, being in survival mode — they bring that into the school day. But those behaviors don’t work in the classroom.”

When students bring their coping behaviors and emotional traumas into a classroom, teachers may witness things like: difficulty focusing, slow skill development, disruptive behavior, refusal to complete assignments, self-sabotage, bullying, social struggles, withdrawal or attention-seeking behavior, mood swings, physical maladies, aggression, or fearfulness. Over time, teachers can become frustrated with a student’s lack of interest in school or continued refusal to complete assignments. They may even chalk it all up to laziness. It’s easy to feel powerless as an educator facing a lethargic and disenchanted student, who never seems to grow no matter how much effort the teacher exerts.

However, when teachers become more trauma-informed instructors, they can better learn the signs and strategies to help students shed their invisible backpack and learn.

Some students appear “lazy” because they’re simply hungry or tired. When students face housing and food insecurity, they can come to school exhausted, cranky, apathetic, and withdrawn. “Some students are off-task not because they are attention-seeking or malicious,” says Dr. Bryan Pearlman, EdD. “It’s because they are sleep-deprived or hungry. Know the story and you can better know how to help!” Over 13 million children from low-income families go to school hungry, according to 2017 research by No Kid Hungry, and 74% of educators have students who regularly come to school hungry. Studies published in the American Journal of Clinical Nutrition, Pediatrics, and the Journal of the American Academy of Child and Adolescent Psychiatry show that hunger greatly impacts a child’s performance and behavior in school. “Hungry children have lower math scores. They are also are more likely to repeat a grade, come to school late, or miss it entirely” due to illness. When a student appears to be lagging or lazy, hunger and home instability could be to blame.

School can trigger a lot of anxiety for young learners. There’s a built-in system of judgment, accountability, and the possibility of failure. For some, that’s just enough to want to escape feelings of inadequacy and retreat from school tasks. “When a person fails to begin a project that they care about, it’s typically due to either a) anxiety about their attempts not being ‘good enough’ or b) confusion about what the first steps of the task are. Not laziness,” says Price. “In fact, procrastination is more likely when the task is meaningful and the individual cares about doing it well.” Dr. Price says that mental health struggles are often overlooked in rigid and rigorous academic settings. In building a student’s capacity for accountability, punctuality, and perseverance, real mental and experiential barriers and struggles can get in the way of student’s success.

This may look like laziness — a late assignment, avoidance, complaining, exhaustion — but there’s likely a reason behind the behavior. “If a person can’t get out of bed, something is making them exhausted. If a student isn’t writing papers, there’s some aspect of the assignment that they can’t do without help,” says Price. “Even if a person is actively choosing to self-sabotage, there’s a reason for it — some fear they’re working through, some need not being met, a lack of self-esteem being expressed.” When schools learn to recognize these patterns of behavior and utilize their support teams to assist students, students are more likely to flourish.

Getting real about engagement

Our job as educators is not to entertain, but engagement is an important component. “Students love being engaged, and they value engagement very highly,” says Eric Jensen, author of Engaging Students with Poverty in Mind. “Engagement is especially important for low-socioeconomic-status students. In their study of more than 1800 students living in poverty, Finn and Rock (1997) found that school engagement was a key factor in whether students stayed in school.” Engagement doesn’t mean a song and dance at the front of the classroom. It means that students are engaged by content, process, and product. It means they feel respected and cared for by their teachers. It means they feel safe and secure in school. It means their basic human needs are met, freeing them to learn.

“Unfortunately, students are far less engaged than we think,” says Jensen. “Shernoff, Csikszentmihalyi, Schneider, and Shernoff (2003) reported that the average high school student spends over 25 percent of the entire day slumped in his or her chair in a state of apathy. Another study (Pianta, Belsky, Houts, & Morrison, 2007) found that despite students’ overwhelming preference for group activities, fifth graders, on average, spent 91 percent of their time either working alone or listening to a teacher, with less than five percent of their time spent engaging in group learning activities. In fact, teachers spent over 20 percent of instruction time telling students how to manage materials or time. More critically, children from poverty had only a 10 percent likelihood to experience highly engaging, quality instruction across multiple grades. The authors of this study referred to their findings of the nature and quality of learning opportunities in U.S. elementary classrooms today as ‘sobering.’”

Is it any wonder students may appear lazy? In lesson planning and unit planning, it’s important to consider engagement as a key factor. If a student seems lethargic in your class, it just may be that they need a learning style shake-up to fit their needs.