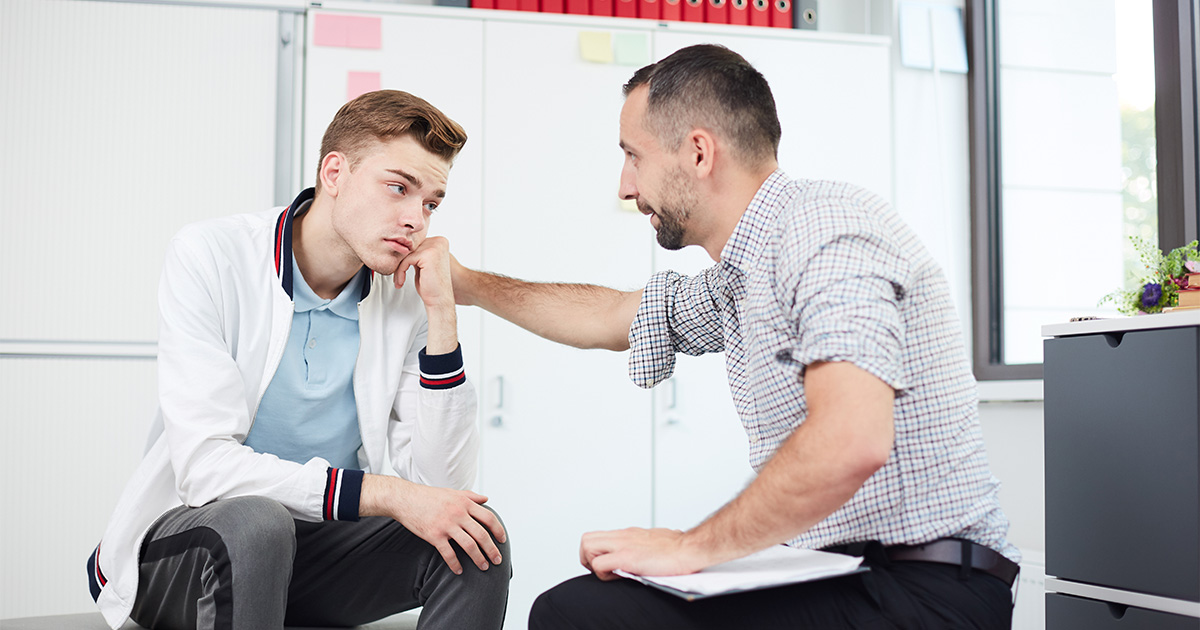 How to Defuse Classroom Tension with Troublesome Teens

Being a teacher, like any vocation, comes with its own unique set of rewards and frustrations. Serving as a mentor to developing minds gives you powerful influence over the lives of many people, but the hours and effort it takes to be a successful teacher can never be understated. One of the foremost difficulties is, of course, managing your students. And no matter the patience, organization, and enthusiasm you demonstrate in the classroom, there’s always a chance of getting that one student. The recklessly defiant, distractible, rebellious one who seems determined to derail your lesson plan and challenge your credibility.

Dealing with these troublesome teens can be a trying task, but here are some techniques on how to defuse the conflict and maintain order in your classroom.

It may (or may not) be a surprise to you that detention and other punishments that dig into a student’s leisure time are ineffective ways to curb unwanted behaviors. A study conducted by Dr. Ruth Payne of Leeds University observed students aged 11 – 16 and found that, rather than being effective, methods such as detention, class-wide punishments, and scolding students in front of their classmates actually antagonizes teachers in the eyes of their students, making them ultimately less cooperative and more likely to repeat unwanted behaviors in the future. She also found that the classic behaviorist approach these punishments are based upon have very little basis in educational research. According to Payne, things like contacting parents, private conversations, and calm verbal warnings are more effective methods.

Of course, there will be times when consequences are required for a student’s actions and even times when a student is being so disruptive that you have no option but to remove them from the classroom. But this should be a last resort. The key is to know how and when to deliver this consequence and to not let something like detention or a scolding be the final action you take as a teacher.

Identify the root of the behavior.

This is the most important part of dealing with a defiant or otherwise unruly student. Methods like detention only address the problem at surface level, doing little or nothing to understand the central reason behind a student’s actions. There is a reason behind the disruptive behavior and it’s most likely not just to make your life harder as a teacher. Identifying this reason will help you address the problem in a more thorough and productive way.

Teenagers are notorious for being complicated, which might make this step seem like an impossible task. How can you possibly know why they’re acting a certain way? The interplay of their home life, social status, romantic life, and a myriad of other things weave a complicated web of possibilities. However, science tells us there are a handful of core values that influence everyone’s reasons for acting the way they do — including teens! Some examples of core values are admiration, creativity, success, power, and wisdom.

As a teacher, you probably have a good grasp of your students’ cliques, behaviors, and the general social hierarchy of your classroom. You’ve observed your students and, through these observations, you can most likely deduce which of your students ascribe to each core value. If you know their core value, it will be easier for you to get an idea of why a student is acting a certain way.

For instance, assume you have a student who frequently rushes ahead with assignments without waiting for instructions or reading the directions. They turn in final products that you can tell contain effort, but with no regard for the rules and restrictions outlined on rubrics. They react poorly when they receive bad grades and they begin to stop paying attention in class and even talk back to you. Taking what you know about their behavior, it’s fair to assume this student’s core value is creativity. They look at problems from new perspectives and want recognition for their unique approaches and unorthodox solutions. With this in mind, you can move forward to deal with the root of their behavior rather than just the behavior itself.

Deal with the student individually.

Once you think you’ve identified why a student is acting out, it’s best to confront them in private, rather than in front of their peers. If you call them out in front of their classmates, it may make them feel victimized and embarrassed, which will damage your relationship with them.

Instead, ask them for a word after class, before lunch, or some other time outside of a formal class meeting. This will give you an opportunity to have a more vulnerable and honest conversation with them. This strategy can be extremely useful because teens who exhibit risky behavior often do so when they can’t find a healthy outlet for feelings they’re holding in.

During this conversation, try to do three things:

Try to make this conversation as impersonal as possible. For the earlier example of the student that doesn’t follow the rules on assignments, your approach may sound like this:

“Alex, the work you’ve been turning in isn’t bad. I can tell you’ve put in a lot of thought to each assignment but, unfortunately, the assignments aren’t following the directions required by the rubric. Your creativity is great, but part of the assignment is following instructions. I know it may seem unfair, but do you understand why I have to take points off?”

Here, the assignments are being called into question rather than Alex himself. The creativity Alex shows is valued, and the teacher asks if he understands the consequences. This prompts a response from Alex that will further develop the conversation. You won’t have any control over how your student responds, but keeping the conversation private, impersonal, and tied to your student’s core value will likely result in a productive meeting.

If consequences are necessary, cite your class rules and school policy.

Oftentimes, it’s impossible to maintain an air of authority without giving some form of punishment or negative consequence for a misbehaving student. But, to continue making sure your student knows you’re being as impersonal as possible, cite any school policies and class rules that directly apply to the situation. This way, the student knows that the punishment is solely the result of their actions rather than any personal grudge against them. Also, be sure to dole out this consequence in private and not let it affect the way you treat the student during class.

Classrooms are dynamic environments and, as a teacher, you have to be prepared to deal with disruption constantly. The approach outlined here is good for pacifying students who prove problematic on a regular basis as well as the unexpected outbursts from otherwise quiet, diligent teens. The key is to remember that identifying the motivation behind a behavior is more important than simply punishing a student for their actions, and dealing with disruptive students in a private, impersonal manner is a quicker way to compromise.

Andy Earle is a researcher who studies parent-teen communication and adolescent risk behaviors. He is the co-founder of talkingtoteens.com, ghostwriter at WriteItGreat.com, and host of the Talking to Teens podcast, a free weekly talk show for parents of teenagers.