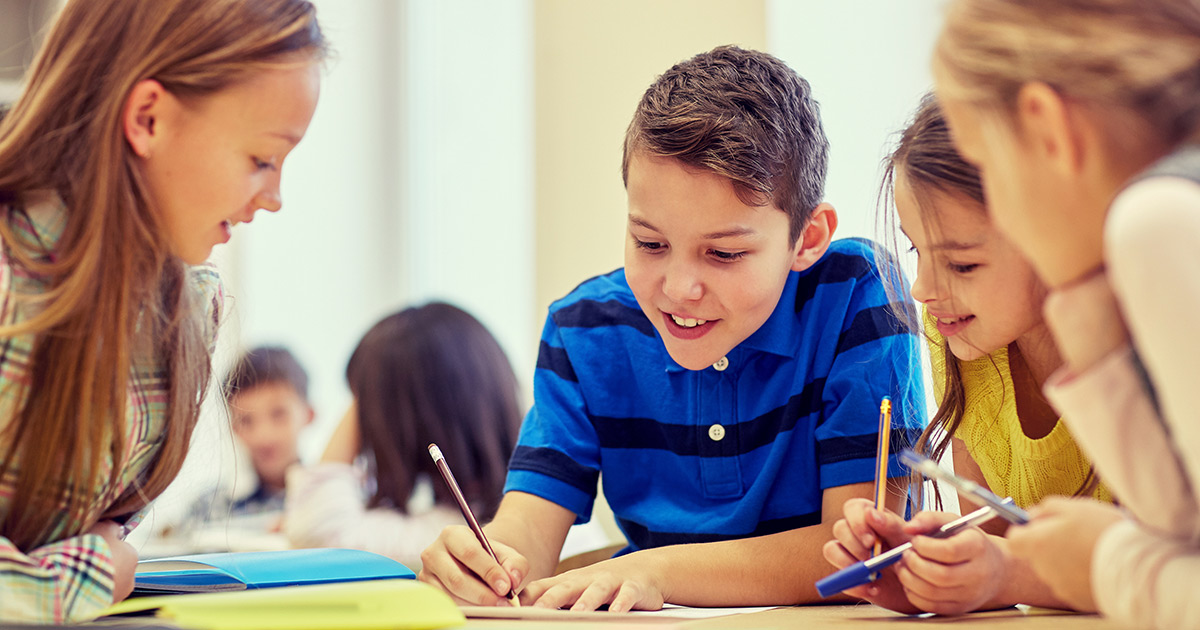 Every teacher has seen students get frustrated and give up. Struggle is a healthy experience for students, but they don’t always realize that it’s an integral part of the learning process. One teacher in New York City has found a way to connect productive struggle to something very familiar to students, and is using this connection as a consistent example of how to work through challenges in high school math class.

We spoke with John R. Young, a mathematics teacher at Gotham Collaborative High School in the Bronx, who has been teaching math to students for over 10 years, and Nathan Dilworth, senior mathematics specialist for the Institute for Student Achievement (ISA), who has been involved with mathematics education for over 14 years and coached John Young in his classroom. In his role at ISA, Dilworth supports the recruitment and match process of mathematics instructional coaches for ISA’s partner schools, facilitates PD nationally, as well as coaches mathematics teachers in ISA partner schools in New York City.

What led you to this work?

Young: I’ve been an algebra teacher for more than 10 years, and I’ve been fortunate to work with Nate as a coach for many of these years. The ISA approach is an inquiry-based instructional approach that focuses on developing mathematical thinkers. I teach primarily ninth-grade students. These are students coming into high school for the first time with an experience of mathematics that varies widely. Sadly, many students come into ninth grade with the feeling that they are no good at math and that they do not know how to problem-solve or tackle a problem that they haven’t seen before. It was, and still is, a struggle to get these students to take a risk in math class. The biggest risk for them is being wrong. So, I was looking for a way to help my students realize that they already know how to problem-solve. Each of us is an innate problem-solver. From the moment we are born, we are making sense of things around us. We try things, lots of things, some of which work out — and some that don’t. And we learn from them. It was this experience that I was looking to reignite in my students.

How did the concept of maze moments play out in your classroom?

As I was looking for a prior experience that my students had that clearly demonstrated their problem-solving ability, it occurred to me that mazes would be a great thing to use. It’s hard to find a child that hasn’t played with a maze before. The next day I had prepared mazes of varying levels of difficulty for my class. Students started with the maze they were comfortable with and then advanced to more difficult ones. Afterward, we discussed as a class what was going on for them as they worked on the mazes. At its core, a maze is a simple problem. You’re given a point of entry and asked to find the path to the point of exit. With a simple maze, you can usually “see” the path and then fill it in. Students’ responses to working on the easy mazes were more or less along the lines of “well, I just did it.” When they talked about what was going on as they worked on the more challenging mazes, with some prompting, they were honest in describing their frustrations of not being able to “just do it.”

As they described what they did, it was clear that their process was one of trial and error. Students would go down the path that they thought was right and when they realized that it wouldn’t work, back-traced their steps to their last point of turn-off. For some students, this meant going back to the beginning. But most just needed to go back a step or two.

What did you realize from this student reflection?

When Nate and I discussed this after class, we realized that this “turning-back point” is a critical one in problem-solving. For students that feel they are no good at math, it represents a point where they will typically give up, thinking that it represents a failure on their part. But we know that it is just one step along the problem-solving path. We coined the phrase “maze moment” to describe this.

By giving students the opportunity to work on mazes, especially challenging ones, and then reflecting on the experience afterward, we help to normalize the whole experience of problem-solving. By starting with the maze that they’re confident they can do (at their level), they have an experience of accomplishment. Progressing to more challenging mazes and completing them increases their sense of accomplishment. These are problems that they have solved on their own. When they work on a challenging maze, they often go through the experience of initially not knowing what to do; of trying something and then being frustrated when it doesn’t work out; of getting past their frustration and trying another path, and another, until they find their way to the exit point. The joy and elation that they feel is the same that they felt before as young children when they were figuring out the world around them. Bringing this feeling back into math is something that sadly many students haven’t experienced since elementary school.

How did you utilize this concept with your students going forward?

Going forward in class, we referred to “maze moments” as those points where students got stuck in a problem and needed to find another approach. Along the way, as a class, we identified various problem-solving strategies that could be used when they encountered a maze moment.

In the years that have followed, and as the concept has progressed, we’ve had students write on a Post-it note the actions that they took when they encountered a maze moment. We memorialized this by collecting the Post-its on a poster which stayed up in class the entire school year. Students and teachers in the class make reference to this throughout the school year.

For example, in the latter part of the past school year, students were working in groups on different problems. I stopped by one group that seemed to be stuck and asked the students what was going on. They shared about being stuck and not really knowing what to do next. Then, one of the students said “this is like a maze moment,” which had the impact of providing a sort of release for all of them to try some other ways of solving the problem.

Maze moments help students to see that a problem is just a problem and not a statement of their own self-worth. It helps remind them of their own innate problem-solving ability and encourages persistence by trying another way.

How does exploring the concept of maze moments help students understand the process of learning?

Dilworth: I think it normalizes that the learning process is non-linear, which is one of the myths about developing an understanding of mathematics that is detrimental to students. Learning ebbs and flows; it has times where connections come fast and easy and there are times when you really gotta work to create a pathway to understanding for yourself.

Can you explain how “maze moments” isn’t just a one-off lesson but a continual understanding and practice?

Language shapes culture and so, if we’re going to change culture, the language needs to shift. I believe classrooms are small cultures shaped by the members of the community and the language used by the community. So “maze moments” is an intentional way to create an experience for the community that introduces shared language so that the culture and how it relates to mathematics begins to change. It’s very important to recognize this is the beginning of the change. A whole journey lies ahead where we’ll have to regularly remind ourselves of the normalness of maze moments and the incredible opportunity they hold for learning. Along with applying language to moments, when we name them, those that are scary, anxiety-inducing, or negative begin to lose their power. It draws the moment out of the shadows and into the light where it can then be approached for what it is. For at least these reasons, it is why it’s important to use maze moments in an ongoing way in dialog, in reflection, and in framing classroom activities.

Jennifer L. M. Gunn spent 10 years in newspaper and magazine publishing before moving to public education, where she has been for nearly a decade. She is a curriculum designer and public high school educator in New York City. Jennifer is the creator of Right to Read, a literacy acceleration program for urban adolescent youth that’s steeped in social justice. She is an education writer and is co-founder of the annual EDxEDNYC Education Conference, which won the New York City Department of Education Excellence in School Technology Award this year. Jennifer regularly presents at conferences on the topics of adolescent literacy, leadership, and education innovation. Follow Jennifer online at www.jenniferlmgunn.com or on Twitter.