To really understand any subject, blogger and special education teacher Mark Anderson likes to think in the biggest picture possible. 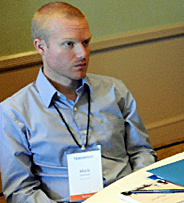 “I was starting to think about these schools as being incredible complex environments,” said Anderson, who teaches in the Bronx in New York City. “We often think of them as these top-down places with policy mandates, but things are more complicated on the ground level.”

This type of thinking, he notes, is common in business and government. And he believes it’s just as important to education policy and practice.

Along with a co-blogger, he writes at www.schoolecosystem.wordpress.com about schools as ecological systems where everything is connected.

“We need to look at schools as these environments that will help students learn and work together,” he said. “You aren’t just creating a physical environment, you are also creating a social environment.”

For Anderson, big-picture writing helps him step outside of his day-to-day issues and consider the entirety of his work — and education.

Over time, he’s found some creative truths about education:

In the world of biology, guilds are groups of plants and animals that work together to create a sustainable habitat.

As a special education teacher, indeed as a teacher who wants to expose students of all stripes to one another, Anderson is interested in bringing guilds to schools.

“I think this applies to schools, because we magnify differences too much,” Anderson said. That fact keeps students from learning about the real communities they will live and work in, where people have authentic differences from one another.

“Traditionally, we are looking at special education as excluding, but it is also denying,” Anderson said. “We should be trying to seek to include these students in average classes.”

“It’s not about being stupid or not being able to do things,” he said. “Kids have a good understanding of these things: That we all have strengths and weaknesses.”

A Classroom is a Social Ecosystem

Everyone in schools, including the students, teachers, staff and visitors, is connected socially in one way or another. Before making changes or trying to reach out to a student, administrators and teachers need to think about the web of connections in the building, Anderson said.

“You are dealing with children. They are complicated people,” Anderson laughed. “They have relationships with each other and with the adults in the building.”

“Kids who are in crisis need someone in the building they have a relationship with. It could be a teacher, or a security guard. School (leaders), even though they are aware of that, could be much more impactful if they used those connections in a powerful way.”

If the entire school community is working together like an ecosystem, then it is important to examine every piece.

All too often, examination applies only to teachers or to what exactly is going on within classrooms, Anderson said.

“If we like to think that a superstar teacher can walk into a dungeon and spark life into a child’s eyes, than we are going about it the wrong way,” he said.

All too often, Anderson said, the building doesn’t reflect the magic demanded of the classroom.

“It’s amazing how many of the schools you can walk into that are decrepit,” he said. “There is no natural light, no greenery. Think of the impact that has on children. There are so many little things like that that we don’t even think about when it comes to schools.”