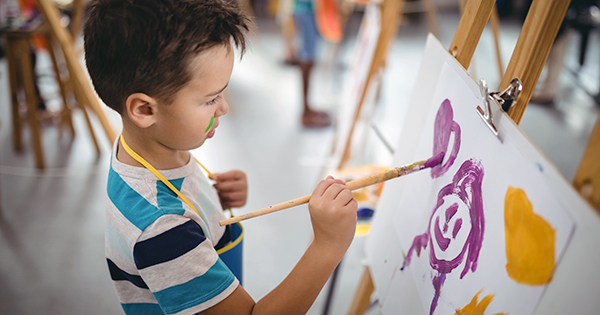 Art and Schools: Is Art Losing its Foothold in Elementary Schools?

Until recently, art and schools have gone hand and hand. Every class had access to arts education. At the very least, students could count on art class once a week as well as access to extracurricular activities such as a school band or drama club. However, the trend of the 21st century has been to move away from arts education, especially at the elementary school level.

In mid-2012, the U.S. Department of Education released a report on the state of arts education in the nation. For art lovers and supporters, the numbers were not good. Some called the results of the study downright “bleak.”

One bright spot in the report was that music at elementary and secondary levels has remained steady. However, there were declines in school music programs; music teachers and resources in the nation’s most economically challenged schools were all-time lows. And schools with lots of students from poor families tend not to offer high-caliber music programs.

Education Secretary Arne Duncan said the report painted a mixed picture with some cause for hope. For example, there has not been a dramatic shrinking of visual arts curriculum. Visual arts and music classes are still fairly widely offered, especially in middle and high schools.

Duncan called the bulk of the results of the U.S. Department of Education report “deeply troubling.” Dan Domenech, executive director of the American Association of School Administrators, reported that cuts are likely to continue on into the next two years because education funding has been slow to pick back up since the recession.

These trends are not all that surprising given the large number of schools that had to cut electives during the recent recession. The U.S. Department of Education study confirms what many schools and communities have sensed happening.

A lot of teachers and parents are alarmed about these developments, for they’re well aware of the benefits of arts programs in schools. Multiple studies have shown that art in schools enhances the educational development of students, whether they consider themselves artistic or not. Music curriculum can bolster studies in math, science and reading. Visual arts classes can improve cognitive and spacial awareness, creativity and critical thinking. Drama and theater classes can help students to become better speakers and communicators.

Clearly, art and schools are a natural pairing, and many educators, administrators and parents are responding to the decline in arts programs in schools. Awareness is the first step in being able to facilitate change.  Arts advocates and supporters are doing all they can to turn the tide so that current and future students have access to a diverse selection of arts programs in schools.