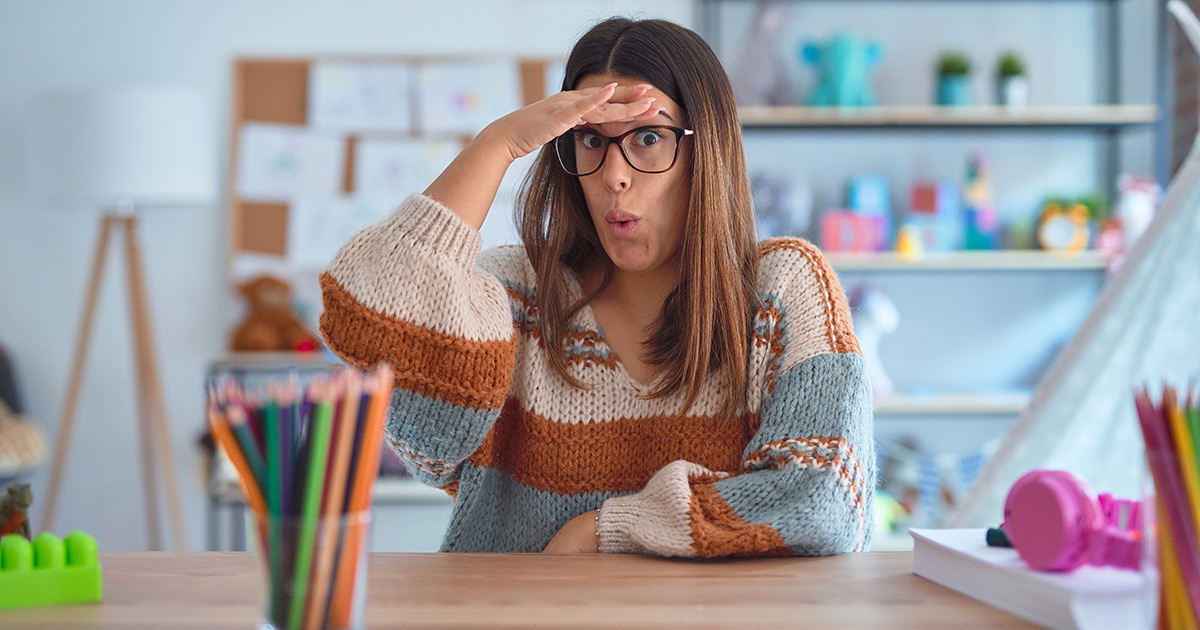 #TeacherFails: Been There, Done That

Let’s admit it… misery likes company. In a more positive light, there is camaraderie and comfort found when we bond over common struggles (and successes). It speaks to the power of community and how we are not alone in our pursuits. Never has this been more true than in the field of teaching. Too often, teachers lament that they feel siloed; alone in their four-walled rooms dealing with the ups and downs of teaching 20, 25, 30, 35+ students daily. So, in the spirit of #PinterestFails, I thought we would look at the power of #TeacherFails. ‘Cuz let’s admit it — there are many to be had, small and big, throughout the school year.

I’ll go first! It was my fifth year teaching, but my first in a new district. I was one of about six new teachers hired that school year as the budget crunches had resulted in a slew of pink slips the previous spring. So, needless to say, there wasn’t much in terms of orientation to my new district or my new role, as the district was keeping new hires on the down-low. One of the other new hires was also at my elementary school, and luck had it that we were assigned as “buddy” classrooms — my third graders were to be big buddies to her first graders. And we quickly bonded as “buddy” teachers, wading through the school culture, daily routines, and bureaucracy together.

As part of our buddy program, we tried to get the classrooms together for about an hour every month for a hands-on craft of some sort. There was no agenda and no one shared what they did during this time so, in true teacher spirit, we made it up as we went (okay, there was true planning that we did to brainstorm ideas and corral the materials needed!). During the month of December, we wanted to do something holiday-ish without being tied to the religious celebrations. I suggested an idea from my childhood. Growing up, my family didn’t make gingerbread houses. Instead, we made sugar cube houses. I proposed this idea since there was no baking involved, rather students would use frosting to stack rectangular sugar cubes (fine motor skills!) into brick-like houses with cardboard roofs adorned with gumdrops and other candy adornments. They would work in their buddy pairs on a dream sugar house. What could go wrong?

EVERYTHING! Besides sticky fingers and frosting smeared over every possible surface, piece of clothing, and strands of hair, the stacking of sugar cubes takes quite a bit of care (much more than I remembered). The enthusiasm started out well enough, but soon enough leaning walls started to crumble, crashing into pieces. Those who made it to the roofs found that our cardboard pieces weren’t strong enough to withstand the weight of gumdrops. Cue roofs crashing in. And then those few who did assemble a house-like structure fought over who got to “keep” the house and, in the ensuing battle, moved it too quickly before the frosting hardened, and well — disaster. The classroom looked like a massive earthquake or tornado had flattened our sugar cube community. Frustration led to tears abound, which is never the goal of a classroom environment. We stood there frozen (comically, in hindsight), with our mouths open and our hands covering our eyes in front of our 50 students. How had we not foreseen this catastrophe?

After wiping tears, tossing sugar cube crumbles, and begging forgiveness from the custodian for the ground-in frosting in the carpet, we went back to our respective classrooms and tried — tried being the operative word — to turn the activity into a lesson on failing forward with the kids. What worked? (Not much.) What didn’t work? (Where to start…) What would we do differently next time? (Um, a completely different activity).

Most teachers don’t want to admit their #TeacherFails. When we’re talking about teaching and our students, the stakes are high each and every day. We don’t give ourselves much permission for error as the consequences can snowball. I’m hoping my students from 10 years ago don’t have much emotional scarring from our sugar-cube house debacle. And you can guess that we never tried this craft again in the years that followed. But I’m sharing this tale with you this holiday season in the spirit of #ResilientTogether. We are teachers, we are human, and we are resilient. What are your best #TeacherFails?

Darri Stephens is a former member of Teach for America and a seasoned educator, with more than 10 years’ experience in Los Angeles and New York City public schools. She’s a published author, who has also worked for education-focused media companies including Nickelodeon, IMAX, EdSurge, and Discovery Education. With master’s degrees in education from both Harvard and Stanford, she’s passionate about creative curriculum development that pushes boundaries, especially considering the influx of today’s technologies. Her most recent positions as Senior Director of Content at Common Sense and Director of Education at Wonder Workshop underscore her love of instructional design, writing, and the ever-changing edtech world — so much so that she has now founded her own content consulting agency, Darrow Ink.