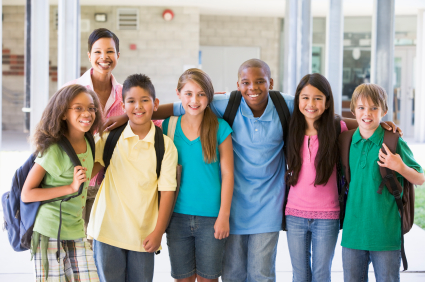 What You Say in the Classroom Matters: How Being Word-Wise Helps Students 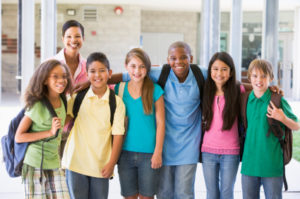 Recently, a rather upsetting photo went viral on social media. A Columbus, Ohio, woman named Merritt Smith posted a picture showing an ugly gash on her four-year-old daughter’s cheekbone. The injury occurred when a boy in the child’s preschool class hit her with a toy, and it was deep enough to require stitches.

‘Hurting is flirting’ is a pervasive concept

A hospital employee at the ER registration desk saw the cut, learned how it happened, and said “I bet he likes you” to the little girl. Smith posted the photo of her daughter’s injury on Facebook along with an open letter to that employee.

The starkness of the picture and the ensuing comments on Smith’s Facebook post were a distraction from the incredibly important point she wrote below the photo: “I’m positive that you didn’t think that statement through…[that] is where the idea that hurting is flirting begins to set a tone for what is acceptable behavior.” Smith went on to argue that what we say and how we say it has a lasting effect on children.

The term “political correctness” first became used in the late 1980s to refer to language that avoids offending anyone, women and people of color in particular. Since then, everyone from comedians to politicians has lambasted the concept of “being PC.” Recent headlines reflect this resistance, with a piece from The Atlantic on trigger warnings claiming that the “coddling of the American mind” would prove disastrous in the education world.

Coddling is not our goal as teachers, but it is important to treat our students with a deep level of respect; part of this is choosing words that imbue them with power and understanding. Research has taught us that the old adage “sticks and stones may break my bones, but words will never hurt me” is not necessarily true. In fact, it’s critical for educators to be word-wise.

Is ‘someone who likes you might hurt you’ an acceptable message to give young children?

What many missed in Smith’s post was her point that people in positions of authority who deal with children should consider the implications of their words. In her case, a common response to boy-girl playground incidents was an attempt to calm a scared child, but Smith wanted to emphasize that those comments can be harmful.

As she said in her post, “your words of comfort conveyed a message that someone who likes you might hurt you.” She did not appreciate that expectation being given to her daughter at such an early age. In a later statement — an update on the hospital’s positive response to her feedback — Smith further clarified that her upset lay in the fact that such a line “is a symptom of the larger issue of how deeply and casually violence is ingrained in our society.”

‘Boys will be boys’ undermines both girls and boys

K-12 education is fraught with moments like this. Playground antics, teasing and chasing are commonplace. Responses like “Boys will be boys” or “He’s doing that [hitting, chasing, teasing] because he likes you” send girls clear messages about their own agency that conflict with other messages of empowerment that they might hear.

They also undermine and underestimate the capabilities of boys. While we may be tempted to downplay such behavior, it is important that we both address the behavior and use language which accurately reflects our intent: helping them learn how to be good friends and citizens.

Raising teachers’ awareness about the impact their words can have

Such care should extend to teachers’ interactions with students on a cultural and socioeconomic level. In my piece on Culturally Responsive Teaching, I outlined the disconnects some teachers, particularly those whose socioeconomic or cultural backgrounds differ from their students, often experience. CRT fosters a classroom of immersion and respect and reminds teachers about the lasting influence of their words, particularly when painting pictures of success.

The threat of ‘working at McDonald’s’ as a classroom motivator

In my own school experience, teachers would say, “You don’t want to be a ditch digger or work at McDonald’s!” to encourage achievement. These comments create a divide between teachers and students by communicating a lack of respect for blue-collar jobs and devaluing the people who do them. In areas that suffer significant socioeconomic challenges, employment, regardless of the type of job, is a marker of success.

Judgmental statements about something true to the circumstances of a student’s life undermines a teacher’s ability to connect with him or her. Additionally, it creates a disconnect in a student’s relationship with education as a whole. Comments like the McDonald’s example might be intended to inspire, not harm, but when our language inaccurately reflects our intent, it is important to consider how much words matter.

For teachers of older students, addressing this concept head-on through a class discussion about the power of language can be an incredible way to foster understanding and further empower students as they learn to choose their own words wisely.

Acknowledging that words matter is not the same as policing language

Because I teach English, it is no surprise that I echo this belief in my classroom practice. I often find myself stopping during lectures to rephrase what I say to my students.

Acknowledging that what we say has power, that words matter, and that we should choose them with care is a matter of respecting our profound power to influence young learners. Rather than perceiving such actions as political correctness run amok, we should consider attention to language as a basic responsibility for fostering connection and comfort in the classroom.