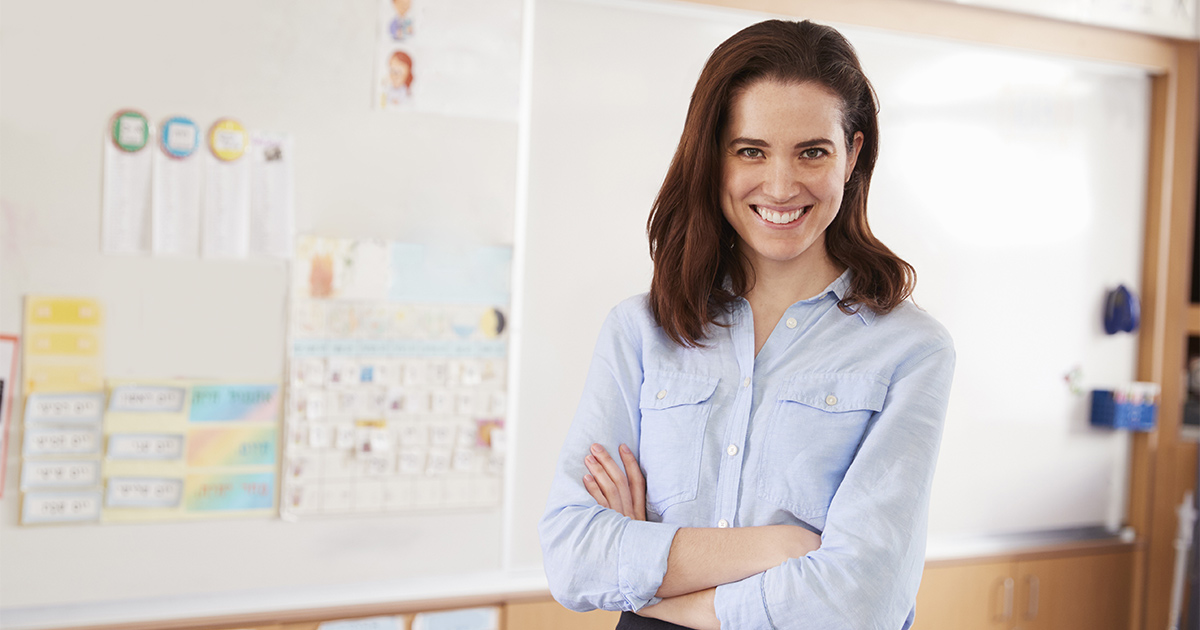 How To Stop Bullying (Yourself)

We voraciously work to stomp out bullying at school. We do not accept harsh words, criticism, or taunting in our classrooms. We have a zero-tolerance policy for cruelty and harmful behavior. But guys, the truth is, we allow all of it into our own internal dialogue. That’s right. The negative self-talk, the self-criticism…we’re bullying ourselves…. Read More

The Emotions of Learning: Q&A with Marc Brackett, PhD

Social-emotional and trauma-informed learning and teaching are at the forefront of education research and study today. The National Survey of Children’s Health (NSCH) reports that nearly 50 percent of the children in the U.S. have experienced “at least one or more types of serious childhood trauma.” Therefore, ignoring emotions in the classroom can absolutely pose… Read More

Social-Emotional Learning (SEL) has become popular amongst K-12 educators and even education service providers, such as American College Testing (ACT). SEL no longer resides solely in counseling offices; it has become a collective movement to ensure educators meet the needs of the whole student. As a counselor for 10 years and teacher for three years, I… Read More

Trauma-Informed Strategies to Use in Your Classroom

All children face disappointment and fears, but some students deal with more serious, often traumatic, hardships at home. The term “trauma” can encompass many situations, explains Lori Sanchez, Ed.D. “In the past, when you talked about a child experiencing trauma, you assumed abuse or neglect,” she says. “Now we understand that trauma can mean a… Read More

Finding a way to reach at-risk students who are struggling in various ways can be difficult, but social-emotional learning can open doors.  Copious research has shown that the impact of social-emotional learning (SEL) runs deep. SEL programs are shown to increase academic achievement and positive social interactions, and decrease negative outcomes later in life. SEL… Read More

Many of the challenging behaviors we see in classrooms stem from stress or trauma in our students’ lives. Explicitly teaching our students about stress responses and resilience can help them better recognize their emotions, cope with stress, and reach out for help before they act out. Social-emotional learning tools can have a profound and long-term… Read More

Bringing Social-Emotional Learning into the Classroom

Social-emotional learning activities have made their way into advisory classrooms across the country, but they shouldn’t just live there. Content-area classrooms are important epicenters for social-emotional learning, and when we incorporate SEL strategies into academic time, the potential for student growth is impressive. Adapting to lockdowns and school closures, while quickly migrating to online learning,… Read More

Teaching kids about empathy, kindness, and compassion is a must for schools. More than one out of every five students report being bullied. Of those students: 13% were made fun of, called names, or insulted 12% were the subject of rumors 5% were pushed, shoved, tripped, or spit on 5% were excluded from activities on… Read More

K-12 schools have long served as a safe space for students. Whether a student is escaping abuse at home, discrimination due to sexuality or race, or overcoming trauma, teachers and schools regularly provide much more beyond academic learning. They also offer therapy, support, and a place of refuge for many, which makes learning possible. Looking… Read More

We live in a stressful world, and our nation’s children and young adults are coping with new and prevalent emotional realities we can’t ignore. Research indicates that when educators work to teach learners how to alleviate and manage stress, students become more likely to learn deeply, avoid negative behaviors and achieve successful outcomes with long-term… Read More

This is a Student’s Brain on Trauma

Earlier this year, Netflix released a new series based on a bestselling 2007 YA novel by Jay Asher—and it’s got people talking, a lot. From start to finish, 13 Reasons Why tells the story of Hannah Baker, a high school student who deals with everything from bullying to assault, and ultimately decides (we learn in episode one)… Read More

It is no understatement to say that in 2016, Americans live in interesting, if not nasty, political times. One significant contributor to the troublesome climate is Donald Trump, the presidential candidate whose platform of anti-immigration rhetoric appears to have worked its way into schools across the nation, from high school sporting events to elementary classroom… Read More

What You Say in the Classroom Matters: How Being Word-Wise Helps Students

Recently, a rather upsetting photo went viral on social media. A Columbus, Ohio, woman named Merritt Smith posted a picture showing an ugly gash on her four-year-old daughter’s cheekbone. The injury occurred when a boy in the child’s preschool class hit her with a toy, and it was deep enough to require stitches. ‘Hurting is… Read More

C’mon Get Happy: How to Create a Positive Classroom Culture

Most teachers can recall points in their formative years when they were students in a classroom with a negative culture. Many remember how damaging it was to their overall desire to learn. Negative classroom environments are not conducive for learning, whether they’re the result of bullies or teachers who aren’t proactive about classroom management. Teachers… Read More