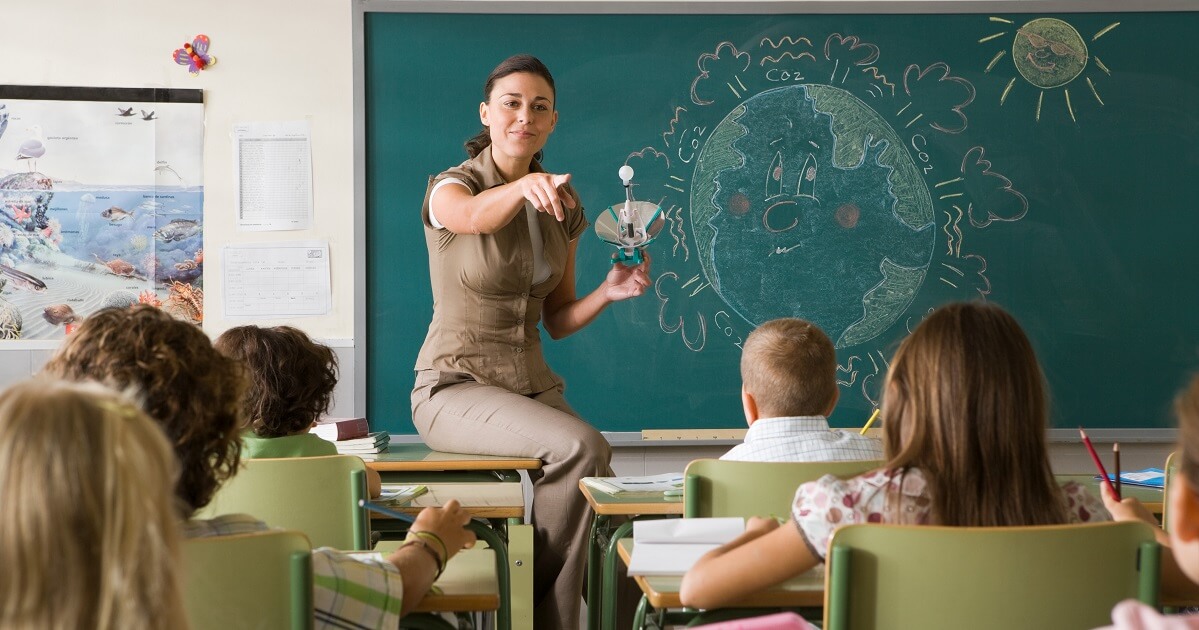 The power of incentives for the future of STEAM education

Elon Musk just announced a $100M Carbon Capture Prize, a large, unprecedented amount of money which will motivate people of all backgrounds to come forward and solve a problem. Not only will this educate people about the issue, but it will motivate people. Throughout history, incentives have been used to power innovation. In 1714, British Parliament offered an award called the Longitude prize, a competition to discover the accurate means of gauging longitude at sea. In other parts of Europe, a premium was offered to whoever could determine how margarine and food could be preserved or the process to make soda from sodium chloride.

Incentives in exchange for innovation is not a novel concept, and we’ve definitely witnessed the power of incentives first-hand—as an organization that develops incentive-based programs for students. With online learning as a core aspect of the “new normal” students everywhere must adapt,and keeping them focused and engaged requires creative thinking and an innovative approach.

Given the huge lack of graduates in the science, technology, engineering, arts, and mathematics (STEAM) fields, now, more than ever, we can use the incentive model to motivate students to pursue those fields and create a better future. Here are three tips we have found to work for keeping students engaged and inspired – virtual or in-person – by using the power of incentives:

Gamification is the process of using game-like activities and rewards for educational or marketing purposes. It has been used in different ways from HR training programs, marketing campaigns, to educational videos for adults and children. Whether it’s earning points for accomplishing a task, or progressing through levels and experiencing success and excitement, gamification creates a unique competitive experience that entices participants.

We already know that children and teens are often drawn to games and activities that make learning enjoyable, but gamification also helps develop necessary problem-solving skills through a process called design thinking which helps a child or teen build the capacity to innovate by having them adopt and practice a certain mindset. The ability to think strategically in a competitive environment is a valuable lifelong skill. Design thinking helps a student develop the three E’s which include empathy, expansive thinking, and experimentation. Children and teens adopting this skill will be one step ahead of their peers and one step closer to innovation. Gamification creates a space for this—while making learning fun.

Make their work worth it

Making it fun is one part, but children and adults alike want to feel as if their work was not in vain. Rewarding hard work and great ideas is not a new concept. Incentivized competition spurs innovative thinking across a wider group hoping to win the prize. And the results can have a huge impact. For example, Charles Lindbergh was the first person to fly solo across the Atlantic to win an incentivized competition, the $25,000 Orteig Prize. His accomplishment dramatically popularized both consumer and commercial air travel. Schools have also used monetary incentives to drive test scores in low-performing under-resourced communities.

Besides monetary prizes, recognition and praise are also valuable rewards for good work. Students already receive grades for their work and we know positive reinforcement promotes a desired recurring behavior. Children and teens resonate with this.

The late Harvard psychology professor B.F. Skinner supported the notion that people respond based on the consequences given to them. He said:

Children and teens, like adults, know very early on what their behavior at home or in-school will give them—think praise, an allowance, etc—however, most children, teens, and adults are unaware of how a reward drives their behavior as not all rewards are experienced equally. One may be motivated by money, while another person may be motivated by recognition. Despite the differences in rewards, using it with children and teens is an effective way to motivate, inspire, and drive creativity. Incentives work.

Gamification and rewards can engage children on a new level, but to keep them motivated requires a deeper dive into who they are. This is why mentorship is incredibly important. Mentorship helps children and teens feel supported and encouraged as they go after new or difficult activities.

By giving striving students mentors, it evens out the playfield for all students, especially those from low-income communities. When students have an adult that gives them advice or guidance on their academics, they are more equipped to not only compete with their peers, but succeed in college and in life. There is a lack of representation in STEAM of women and people of color, and qualified mentors offer the opportunity to participate, with knowledgeable support, to all children and teens involved.

Incentives come in different shapes and sizes, as do learning styles and most students need a reason to participate. Incentives create a reason and motivate children and teens to tap into a part of them that they have yet to discover. As adults, what would we have done without that trophy at the end of the game? Or the sash at graduation? Whether it’s monetary, as with global challenges offered by the XPRIZE Foundation, or with recognition on social media, incentives such as gamification, rewards, and mentors inspire learning and engagement. It’s a critical time to utilize the power of incentives to engage and inspire students to explore STEAM subjects.

Alan Zack is the President of Carrot Group, the leading organization engaging, cultivating, and celebrating young innovators to solve real-world problems using science, technology, engineering, arts, and math (STEAM). The highly creative and fully customizable programs drive impact and spark a passion for discovery. Recognized as one of the Top 100 Visionaries in Education, Alan developed critically acclaimed initiatives through leading youth engagement and foundation marketing at XPRIZE, the global leader in crowdsourcing innovation through incentivized competitions. He started his career in various management roles creating effective programs within some of the world’s most iconic and well-respected entertainment brands including The Walt Disney Company, Mattel, and Activision/Blizzard.