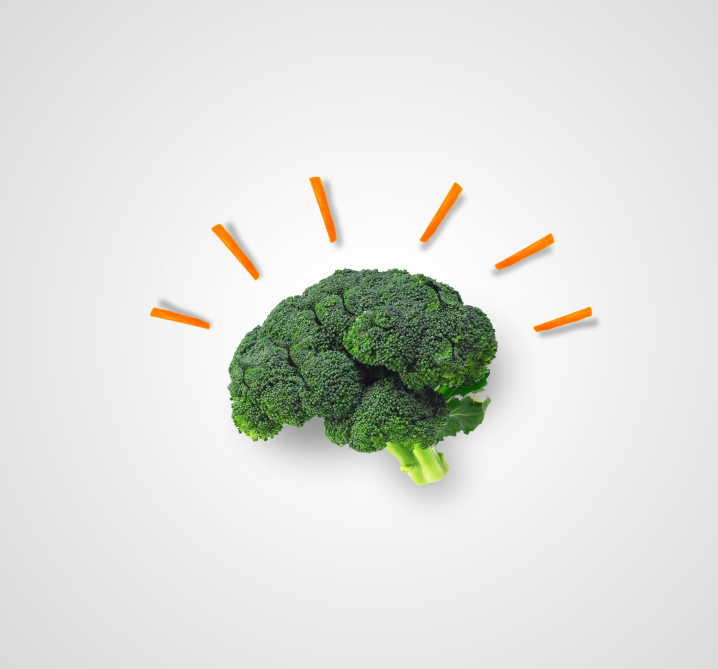 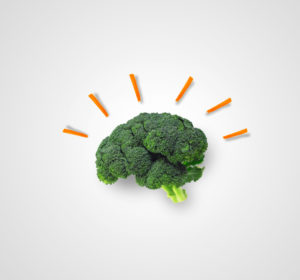 Mothers have been trying to convince children of this for years: You are what you eat. Although kids eventually figure out they won’t become candy bars by eating them, research has found a strong correlation between the amount of nutrition we receive and how well we are able to perform.

Just as professional athletes are careful about what they consume before a big athletic event and often follow diets oriented around enhancing their performance, applying the same philosophy to the food students consume has the potential to improve their learning capacities.

Which of today’s diets is best for learning?

Figuring out what makes up a healthy diet can be complicated. The basics seem easy enough to follow: a diet low in fat and calories and that meets the guidelines stipulated in the USDA food pyramid. However, the details are complex. Should the diet be made up of organic foods? What types of grains are good or bad? Where should all those calories come from?

Ultimately, parents and teachers struggle to determine what should be in their own diets, let alone their children’s diets. With that in mind, it’s important to explore various theories about what makes up a healthy diet as well as the ingredients that might hijack good nutrition.

Food dye and the ADHD connection

From bread and pasta to brightly colored candy, much of the food sold in groceries is dyed to make it more cosmetically appealing. Food dye is found in many processed foods in the United States, including candy, frosting, soda, fruit snacks and many other items that find their way into children’s lunchboxes.

The experience of many families seems to point to a strong correlation between artificial food dyes and issues with ADHD (Attention Deficit Hyperactivity Disorders). Parents whose kids have ADHD symptoms have successfully decreased them by removing food dyes from their children’s diets. Parents have had similar results after removing food dyes from the diets of hyperactive children as well. However, given that the foods containing these dyes also contain a litany of other unnatural ingredients, chemicals and sugars, it’s possible that removing these items from their diets also affected the outcome.

U.S. food dyes don’t affect taste and are banned in other countries

While there is no direct link between artificial food dyes and diseases such as cancer, ADHD or other behavioral disorders, the connection hasn’t been disproved, either. Many food dyes commonly used in the U.S. are banned in Europe and other countries because they have been linked to dangerous health concerns, including lymphoma, asthma and allergies.

While parents don’t want their children to miss out on the joys of childhood, including a rainbow of snack items, it’s important to remember that food dye does not affect taste. It merely makes the food look prettier and brighter, albeit unnaturally so.

In order to help (literally) control problematic behavior and perhaps avoid serious diseases, parents and teachers might consider eliminating products with certain food colorings (Blue #1 & 2, Yellow #5 & 6, and Red #40) from their children’s diets. These items should also be avoided when making selections in the lunch line or from the vending machine.

Too much sugar can impair critical thinking, recall skills

The amount of sugar in our diets has long been an issue in the minds of most health professionals. Sugar is linked to diabetes, but many doctors view it as harmful to our health for other reasons as well, including obesity and liver impairment.

The problem is that sugar masquerades under many different names, including fructose, glucose and high-fructose corn syrup. Even the natural sweeteners that people use to replace sugar, such as fructose (in fruit), honey, agave and stevia can cause a glycemic spike. However, natural forms of sugar are a better alternative to their chemical-laden step-siblings.

Sugar might give some people druglike withdrawal, and almost everyone eats too much of it

Though it’s debatable, many studies have found that consuming sugar is addictive. Like a junkie seeking his next high, sugar consumers need to consume sweet products increasingly to satiate their taste buds. Sugar can cause druglike reactions in some people, complete with withdrawal symptoms when it is removed from the diet.

One thing that doctors and researchers agree on is that too much sugar in any form is bad for both physical and mental health. A diet high in sugar can result in brain fog, which makes it hard to remember details, think critically and maintain a happy disposition. Any teacher who has been in a classroom full of children after the dispersal of Halloween or Valentine’s Day candy can tell you with complete certainty that sugar impacts student performance and focus in a negative manner.

Ultimately, some sugar, especially from natural sources, isn’t detrimental. However, its consumption should be limited for kids and adults alike for both physical and cognitive health.

Grains: a brain’s friend or foe?

Gluten-free diets have received a lot of media attention in recent years. While eliminating gluten is commonly used to help control for celiac disease and a handful of others, it has also become trendy to be on a gluten-free diet for a number of other reasons. The amount of gluten in our diets has been linked to a number of other issues.

Do grains and carbohydrates make us dumb?

In his 2013 book “Grain Brain,” Dr. David Perlmutter theorizes that the consumption of grains and carbohydrates, specifically wheat and sugar, has damaging impacts on our overall health. However, Perlmutter’s research takes issue with more than just gluten; he condemns all starch and sugars, even those in their natural forms.

Perlmutter advocates against eating all forms of gluten, but also suggests people additionally avoid all grains, including rice, corn, potatoes, and a variety of fruits. In his research, Perlmutter has linked consumption of these ingredients to many medical issues that affect both the brain and the body. He argues that these foods work against  your brain on a molecular level, literally eating away at the part of your brain that develops memories and influences cognitive functions.

Regardless, a lot of research has found that eating highly processed grains or relying on a diet that is heavily grain-based can be problematic for a person’s health and well-being. Unfortunately, student lunches are often primarily composed of refined grains or simple carbohydrates rather than whole grains, which have little nutritional value.

Knowing which foods to avoid doesn’t necessarily make it easier to know what to consume to promote the best brain functions. To make matters more complicated, there’s a lot of contradictory advice about what foods help us to best function and avoid illness and disease.

Yet, for all the differences in these diets, experts seem to agree about the destructive nature of processed foods. Overly processed foods featuring ingredients that are impossible to pronounce or that didn’t exist 50 years ago are the most problematic culprits. As such, the healthiest diets for our brains and bodies consist of whole foods.

Many options for including whole foods in a regular diet

There are a lot of different ways to achieve a whole-foods diet, including eating fruits and vegetables, only eating food  grown within close proximity of where you live, avoiding chemicals and not eating products with more than seven ingredients. However, it usually comes down to thinking consciously about what you are eating and why.

To achieve optimal brain function, kids need a diet that consists of whole grains, lean proteins, fruits, vegetables, and healthy fats. Nuts, fish, blueberries and a list of other foods have been labeled as good “brain food,” and a diet high in these ingredients is a fairly healthy one. As these are whole foods, high in good fat, which can be grown without chemicals, it isn’t surprising that they make their way onto brain food lists. Ultimately, there is no magic formula aside from creating a conscious diet that consists of real food.

Is a nutritious diet only attainable for some students?

It’s not easy to implement these changes, even after parents are able to determine the best diet for school-age children. Nutrition information, while widely available online, is confusing and difficult to follow.

Whole foods have a prohibitive cost for many families

Additionally, eating nutritious, chemical-free food is surprisingly expensive. A parent can give their child a full fast-food meal for a couple of dollars, but the same amount of money might not even cover the cost of produce at a grocery store, depending on the season.

Processed foods are not just cheaper; they’re much easier to come by. Packaged foods are widely available in cafeterias and vending machines, and funding issues have made it difficult for schools to provide nutritious meals at affordable prices.

Providing brain food for all students

While the situation is dire, it isn’t impossible to fix. Many schools have found ways to work around nutrition issues, including supplementing school meals with produce grown by students in school gardens. Given that students consume one to two meals each day at school, increasing the quality and nutritional value of school lunches is one of the first places to start. In addition to providing schools with healthy fruits and vegetables, this process teaches students about gardening, which is a skill they can use at home to create healthier meals for their families.

Health literacy is a crucial skill for students

In conjunction with increasing the availability of whole foods on school campuses, nutrition and exercise should be a part of student coursework. In their health classes, students can learn health literacy, which includes information on  healthy eating habits and how to construct a nutritionally valuable meal. Students must also be encouraged to be active for at least 60 minutes a day. This can be achieved in gym classes and recess, but schools need to ensure this happens at school since it is not always a possibility at home.

It turns out that Mom was, in many ways, right: The food we eat determines our ability to function well. When we eat the right foods, we can achieve more.

While it’s true that small amounts of nutrition-free ingredients are unlikely to cause extensive harm, their constant consumption can, over time, be corrosive to our bodies, minds, and psyches. In order to help promote student success and growth, teachers and parents should be aware of the importance of a healthy, whole-food based diet and work to implement school programs that make this possible.