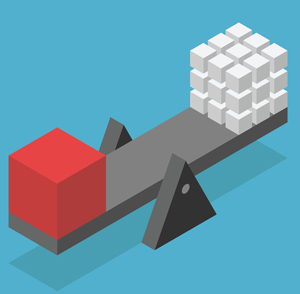 Whether they’re comparing a book to a film adaptation or contrasting two speeches, students inevitably get many compare-and-contrast essay assignments throughout their academic careers. 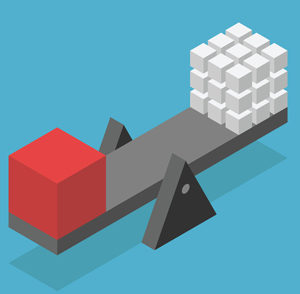 Students need to do more than report on how things are similar or different: The compare-and-contrast essay requires a sophisticated analysis of the source materials.

How can teachers help them write stronger essays and earn better grades? It’s always a challenge because many students simply look for differences and similarities and report them. To succeed, they need to dig deeper to find the nuances of such assignments and apply their critical thinking skills.

Planning ahead with prewriting

Before writing the essay, students should take notes on the two source pieces they are comparing. That means setting up their notes in two columns so they can examine specific elements side-by-side before generating broader arguments.

For instance, if comparing a book to a film adaptation, students might want to compare elements such as plot, characters and story arc. A two-column note page allows them to comment on each one of these elements individually.

Students’ notes could compare and contrast how a particular character is portrayed and do the same with other plot elements they have selected. Having notes on each element they are comparing helps them develop stronger, more sophisticated arguments. This in turn helps set the stage for comparing and contrasting the overall source documents.

After taking notes, students are ready to develop their arguments by comparing and contrasting individual elements in the source materials they are analyzing. Rather than saying all the characters are flat in the film adaptation, for example, students could look at each character and see what makes that character flat, or what part of their characterization makes that the case. Completing this process for each element gives students the evidence they need to review the bigger picture and develop their arguments.

How does this work in practice? The student might argue that while the film version ultimately presented the plot in a different order, the overall impact was the same because the film stayed true to the characters and the overall message of the original text.

After finalizing their notes and developing arguments, students need to determine how they will write the essay. Many students struggle with these types of arguments because they get too bogged down in the individual elements that are different and fail to present a cohesive thesis. Or they focus on the large picture and fail to substantiate their claims with evidence.

To avoid these problems, students need to develop a strong outline that presents the specific elements they want to compare. First, students must determine the small arguments about particular elements: “The film version of the book preluded the ending first, which ultimately grabbed the attention of the audience visually.”

From there, students can pull direct evidence from their notes to adequately support their claims. Their notes should detail the visual elements in both the film and the text.

This process helps them prove to the reader how the two differ and lets them develop deeper analysis. Students can actually point to how one representation is more meaningful than the other, which helps them to connect all their ideas together and support the thesis more thoroughly.

Compare-and-contrast essay assignments are so common in high school and college that they seem fairly obvious and easy to write at first glance. But students don’t always have an intuitive grasp that they need to do more than simply report — they need to analyze and look at the larger picture. That’s why it’s so important to teach them how to review the evidence carefully, build arguments, outline the text and push their analysis to the next level.