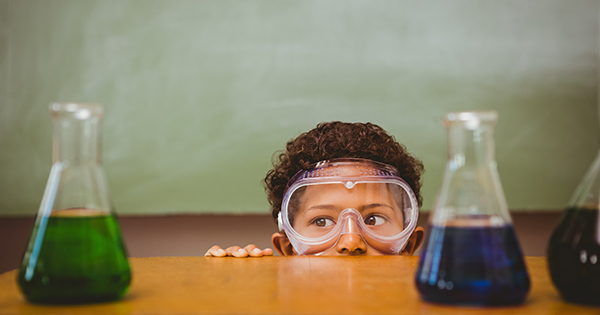 The Evolution of STEM and STEAM in the U.S.

As STEAM continues to gain momentum in our country, it’s becoming increasingly obvious that many schools value the arts just as much as they do science, tech, engineering, and math.

In fact, every year on November 8, America celebrates National STEM/STEAM Day. How has STEM/STEAM gained so much momentum? Let’s start with a look back at how STEAM came to be, where it’s headed—and your part in the movement forward.

The call for STEM

In the 2011 State of the Union address, President Barack Obama told Congress and the country, “This is our generation’s Sputnik moment.” It was his call for the United States to ramp up technological innovation to stay competitive with other nations, spur economic growth, preserve national security, and propel ingenuity. Harkening back to the 1957 space race with Russia that spurred rapid growth in science and technological innovation, Obama called for the United States to seize this modern moment for our youth, asking educators to prioritize 21st-century skills learning. With millions in funding for teacher training, grants, research, and measurability, STEM is now a household name in education practice.

The history of STEM and STEM education

As most educators and many observers know, the pendulum swings quite often in education, and the prevailing political movement tends to influence the reforms of the time. We saw a back-to-fundamentals approach after World War II, a time fraught with conservatism and McCarthyism. In the 1970s, we saw a post-Sputnik loosening of rote memorization and drills in favor of more equality-based and individualized learning. The Tech Boom of the 1990s and 2000s brought us a modern-day Sputnik call—this time, in the form of a percolating tech explosion so considerable it demanded that educators shift their focus once again. And that instructional shift had a name: STEM.

To understand the push for STEM, let’s look at the numbers:

Clearly, there’s a call to up our national STEM game.

What exactly is STEM?

The STEM education movement advocates moving away from segmented content areas, emphasizing technology to connect the subjects, and relating teaching to the outside world. STEM impresses 21st-century skills acquisition so that students gain proficiency in collaboration, questioning, problem-solving, and critical thinking.

Students can ideally study anything through a STEM lens, applying math, science, and engineering skills to diverse projects. The internet is full of STEM projects for teachers to use in their own classrooms.

In some schools, however, STEM education led to a rapid expansion and segmentation of rigorous math and science courses, taught in largely the same way they’ve always been taught. The result? Saturating students with STEM classes without accounting for engagement or interest has led to some stagnant gains in recent years.

Growing from STEM to STEAM

John Maeda, former president of the Rhode Island School of Design, championed the STEM to STEAM movement, campaigning to add “arts” to STEM and bringing the initiative to the forefront of educational policymakers. His argument? Design thinking and creativity are essential ingredients for innovation.

The STEM to STEAM concept, however, has sparked a large national debate. STEM supporters argue that STEM needn’t be an exclusive concept that forsakes all other subjects. They contend that STEM merely gives time and attention to subjects and skills underrepresented in American education. STEAM proponents say that the STEM movement has caused a marginalization of arts programs and funding in schools and has led to widespread student disengagement.

Where do we go from here?

No matter which side of the fence you’re on, going forward, addressing the gender and race gaps in STEM and STEAM is essential. According to the 2016 STEM Index by U.S. World News & World Report, “the number of white students who earned STEM degrees grew 15 percent in the last five years.” The number of black students fell by roughly the same margin, the index found. Women’s interest in STEM also “decreased slightly” over the previous year.

Growing overall student engagement for STEM and STEAM can happen through innovative teaching practices. It’s not enough to fill student schedules with STEM or STEAM classes or increase testing and rigor. Driving interest in STEM or STEAM means making them interesting and appealing to our nation’s kids. And dispelling math and science stereotypes will go a long way to addressing STEM’s optics problem.

Jennifer L.M. Gunn spent 10 years in newspaper and magazine publishing before moving to public education. She is a curriculum designer, teaching coach, and high school educator in New York City. She is also cofounder of the annual EDxEDNYC Education Conference for teacher-led innovation, and regularly presents at conferences on the topics of adolescent literacy, leadership, and education innovation.