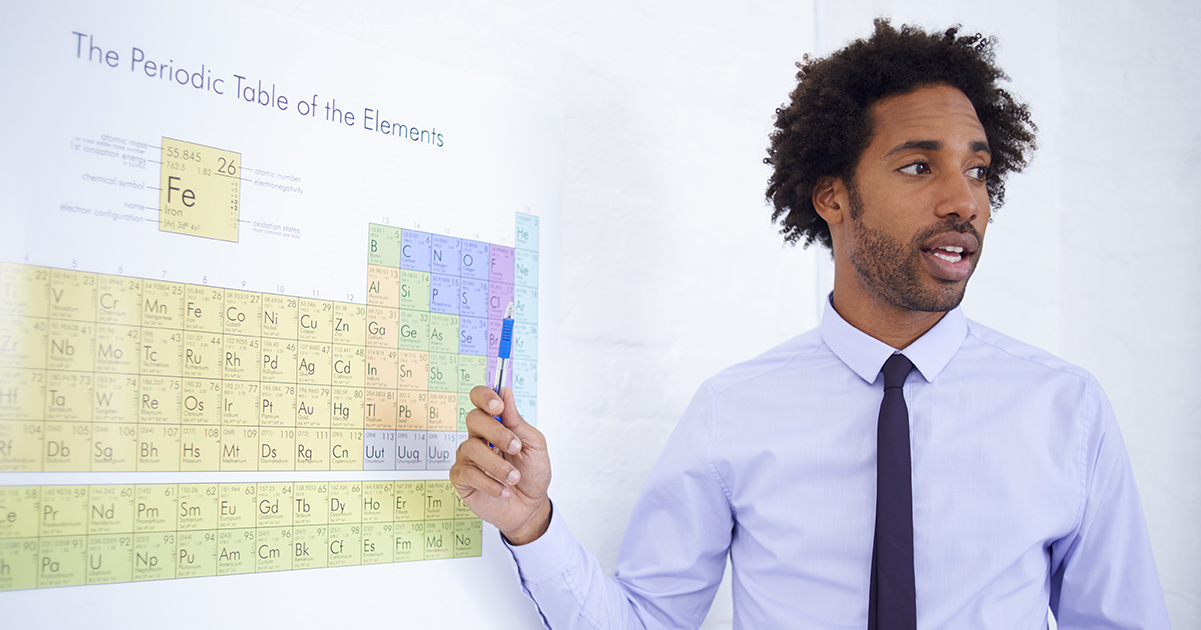 For generations of chemistry students, the Periodic Table of the Elements has been a must-have tool for solving science homework problems and completing classroom tests.

Scientists developed the periodic table in the late 19th century to organize elements, the basic building blocks of ordinary matter, into a cohesive document that can be studied and shared. The printed periodic table evolved over the years as new elements were discovered or created.

Thanks to technology, students studying chemistry and other sciences are no longer limited to using printed periodic table charts in books or on classroom posters to memorize the elements. Instead, dozens of mobile apps for smartphones and digital tablets are available that can make studying easier, quicker and more convenient.

A good app that’s worthy of consideration is the “K12 Periodic Table of the Elements.” The app puts elements and their key attributes at a student’s fingertips and can be especially helpful for college-bound students who are enrolled in STEM (science, technology, engineering and mathematics) programs. The app was developed by K12 Inc.

The “K12 Periodic Table of the Elements” app includes information about 116 elements and follows the traditional layout of the periodic table. Elements are arranged in rows (called periods) and groups (called columns). Each of the seven periods is listed in order of increasing atomic numbers and grouped with elements that have similar properties.

There is room on the table for 118 elements. As scientists create and verify new elements, information will be added to the empty squares.

To study and learn about the attributes of each element, students can simply double-tap an element square on their device’s screen to launch a pop-up window that will display key details for each element, including:

Also included is a Lewis dot diagram information for each element. The diagram shows the bonding between atoms of a molecule and the lone pairs of electrons that may exist in a molecule.

Other helpful features in the app include:

All information for the periodic table is loaded directly into the app. So, once the app is downloaded into their device, students can use it in class, at home or on the road without an Internet connection.

The “K12 Periodic Table of the Elements” app is free and can be downloaded through Amazon Appstore or the Apple App Store. The app is compatible with smartphones and tablets running the Android operating system 2.2 or later. Apple users can play the app on iPhones and iPad tablets running iOS version 4.3 or later.