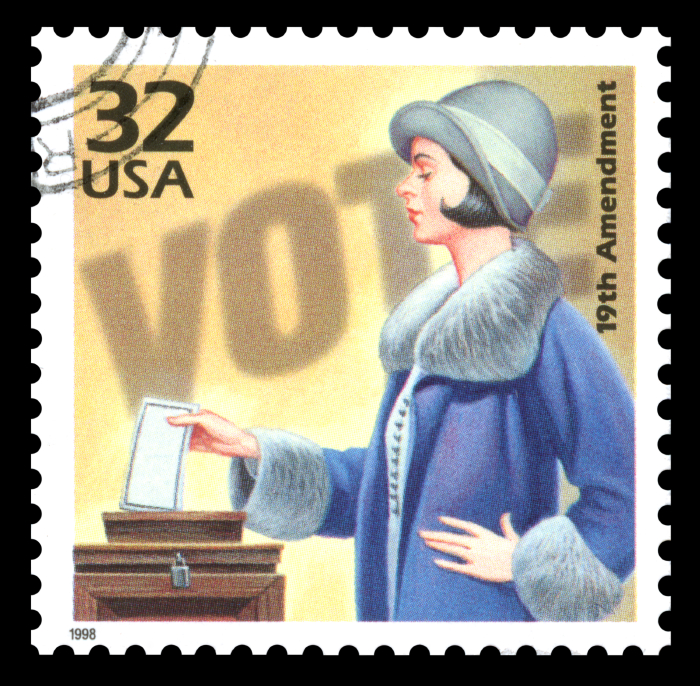 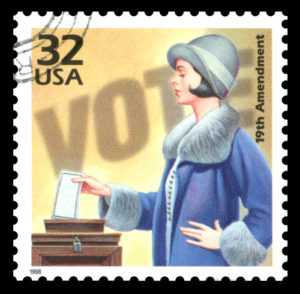 March is Women’s History Month in the United States. For 2015, the National Women’s History Project has chosen a weaving-centered theme to encourage incorporation of many women’s stories into the “essential fabric of our nation’s history.”

Women’s History Month: a chance for young women to learn about their political history

Women’s History Month is an excellent opportunity to educate students about a very important thread in America’s historical fabric: women’s roles in politics and national policy. While students may recognize leaders like Hillary Clinton and Condoleezza Rice, many don’t realize that women had a prominent role in political movements that shaped the nation. Learning about women’s lasting effect on American politics can encourage young women to pursue leadership roles — and perhaps inspire future political involvement.

There are more women in United States politics than ever before, and several have had major national and international positions. However, women still occupy a proportionately small number of seats at the table — less than 25 percent of all elected offices, according to the most recent numbers from the Center for American Women and Politics. This can and should change.

According to the organization Political Parity, an increase in the number of female politicians would affect the agendas we see from elected officials. Their collected studies show that, because women have a different conceptualization of public policy issues, women running for office are significantly more likely to have women, children, and families as top legislative priorities. While their research shows that even small numbers of women in office can have a profound influence on legislation, Political Parity seeks a representative population of women in politics.

Understanding the influence women have in present-day politics can be eye-opening for students. Teachers can begin the discussion of women’s impact on national policy by exploring the recent government shutdown and the bipartisan, female-led movement to end the congressional stalemate.

In October of 2013, because of conflict over funding the Affordable Care Act, a deadlocked Congress shut down the government for 16 days. The shutdown ended when a bipartisan coalition of women, led by Senator Susan Collins of Maine, used collaboration and compromise to encourage their colleagues to establish budget agreements.

Their willingness to set party allegiance aside made headlines — and angered some of the people they represent. However, the example these female leaders set about the importance of bipartisan governmental work was tremendous and focused a great deal of attention to the subject of women in Congress.

Exploring ‘The Secret History of Women in the Senate’

After being introduced to these influential congresswomen, students could then seek out other stories of women in politics. When pushed to examine the terms and records of female congressional leaders from Rebecca Felton’s single day of service to Barbara Mikulski’s nearly 40 years, students can examine the lens through which female political leaders create public policy and imagine the changes that proportionate representation might bring to national debates.

Particularly helpful in this endeavor is Liza Mundy’s “The Secret History of Women in the Senate,” though the difficulties students have with easily locating the historical records of these women might provide another area for rich discussion.

Education about women and politics can and should extend beyond the doors of Congress to women’s accomplishments in broader political history, including the suffrage movement, World War II and the civil rights movement. Students can follow women’s stories back through decades of leadership and voting records as well as extensive service histories prior to political office. This helps them understand and contextualize women’s active role in the history of the United States and see not only the nation’s tapestry, but also the way it was woven.