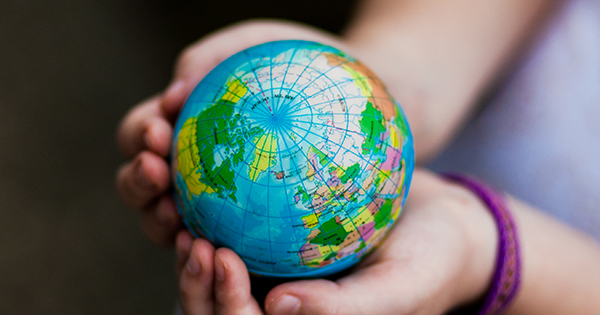 Geography lessons today are more important than ever. As our world becomes more globalized, it’s crucial for kids to understand the places on Earth and their relationship with each other. It provides context about where we live and how we relate to people around us. It sparks curiosity about other cultures. And, ultimately, teaches that… Read More

The Power of Storytelling Activities in the Classroom

If you think about it, stories are the very origin of education. The passing down of stories from generation to generation taught us history, culture, skills, and knowledge. “Thinking of teaching as storytelling…encourages us to think of the curriculum as a collection of the great stories of our culture,” says Kieran Egan. “If we begin… Read More

Teachers look year-round for ways to help their students become active citizens and critical thinkers. In fact, teachers in Oregon even set aside the first Friday in December to focus on civic engagement lessons and professional development! We hope these ideas inspire you to enhance your curriculum and advance your practice. Lesson plans and ideas… Read More

From the violent protests in Ferguson following Michael Brown’s death to the 2016 shootings of Alton Sterling and Philando Castile and targeted killing of eight police officers in Dallas and Baton Rouge, students are attempting to understand the issues surrounding law enforcement’s use of lethal force and the frayed social contract between police and the… Read More

Under the best circumstances, civics education triggers student passions. In a recent column on the “Trump effect,” I outlined many educators’ concerns about discussing politics in the classroom during the 2016 election season. One of the biggest challenges teachers face is ensuring that students are comfortable enough to voice their opinions while being respectful of… Read More

2015 marked the 50th anniversary of “Bloody Sunday” and the march from Selma to Montgomery, a seminal moment in the civil rights movement. The milestone celebration aired on numerous TV channels and received a tremendous amount of media attention, but for teachers, these events highlighted students’ fundamental lack of knowledge about the American civil rights… Read More

It is no understatement to say that in 2016, Americans live in interesting, if not nasty, political times. One significant contributor to the troublesome climate is Donald Trump, the presidential candidate whose platform of anti-immigration rhetoric appears to have worked its way into schools across the nation, from high school sporting events to elementary classroom… Read More

On any given day in our home, you can hear the roar of Lin-Manuel Miranda’s “Hamilton: The Musical” soundtrack. My 13 year-old daughter has an Alexander Hamilton biography and “The Federalist Papers” on her nightstand, and I’m knee-deep in the book the musical is based on: Ron Chernow’s biography of the Founding Father. ‘Hamilton’ fever… Read More

Historically, classrooms have been the stage for social change, providing a venue to promote and accelerate new ideas. In addition to academic instruction, one of a classroom teacher’s most important roles is to help students develop the critical thinking, collaboration, and self-reflection skills necessary to foster a better society. Goals of social justice Social justice… Read More

In my last piece, I discussed why content curation was an essential skill and discussed ways teachers could use Pinterest to curate content for students. Modeling this skill for students is important, but giving them the knowledge to do it themselves is crucial. The ability to sort through many sources for high-quality information was always… Read More

“Content curation” is hip terminology in the marketing world. Businesses routinely develop and refine perceptions of their brand on social media through the information they choose to share with specific audiences. Curating content is an essential skill to share with students. With broad and easy access to information, seeing and practicing content curation can help… Read More

As we move from Black History Month into Women’s History Month, one thing becomes clear: the go-to cast of characters in women’s history lacks diversity. Amelia Earhart, Eleanor Roosevelt, the suffragists, and Rosie the Riveter are important real and fictional women in history, but they do not represent the breadth of experiences of women of… Read More

In K-12 education, the most common debate over gender equity might be hidden biases in the ways teachers treat male and female students. But because feminism, sexism and gender equality inform middle and high school students’ self-perception and knowledge, teachers should recognize the value of discussing them in the classroom. Discussing feminism as defined and… Read More