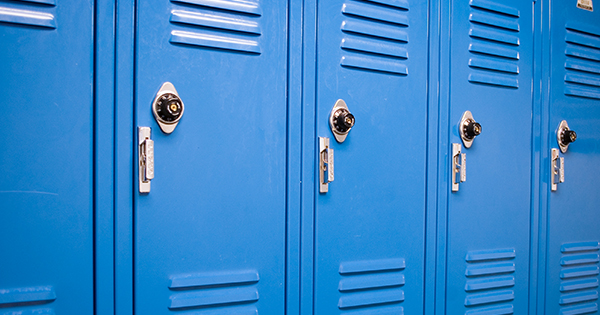 Earlier this year, Netflix released a new series based on a bestselling 2007 YA novel by Jay Asher—and it’s got people talking, a lot. From start to finish, 13 Reasons Why tells the story of Hannah Baker, a high school student who deals with everything from bullying to assault, and ultimately decides (we learn in episode one) to end her life. She chronicles her run-ins on cassette tapes that she leaves behind, giving her friends, non-friends, and viewers pieces of where things went wrong.

Understandably, it rocked the education world. Have you seen it yet? Or at least heard any of the reactions? Some in favor, some against, take a look at 7 articles related to the controversial series, in no particular order, that we think you’ll find interesting as an educator.

1. From the Los Angeles Times: ’13 Reasons Why’ is affecting America’s classrooms. Teachers tell us their stories. “As an English teacher, I have kids do creative writing every week, and after the show came out I had kids who created a few darker pieces. They’d say, ‘I just want you to know, I watched the show.’”

2. From the New York Post: School officials warn parents about Netflix’s ’13 Reasons Why.’ “City education officials didin’t discourage students from watching the show, but emphasized that adults should be available as a sounding board.”

3. From The Washington Post: Schools superintendent: Students are harming themselves and citing ’13 Reasons Why.’ “Avossa said his letter to parents was not an “indictment” of the show or Netflix, but he warned parents to be aware of the show and what it portrays…”

4. From U.S. News & World Report: School Officials, Counselors Slam ’13 Reasons Why’ for Glorifying Teen Suicide. “At least one school district superintendent is linking the new series, called “13 Reasons Why,” to an uptick in dangerous behavior among students.”

5. From Newsweek: ’13 Reasons Why Not’ School Project Encourages Teens to Talk About Suicide Prevention. “Schools have banned it and suicide experts have condemned it, but now, a group of students is embracing the popular but controversial Netflix show ’13 Reasons Why.'”

6. From Psychology Today: 13 Reasons Why ’13 Reasons Why’ Isn’t Getting It Right. “Though there are many ways it doesn’t get it right in terms of suicide prevention, 13 Reasons Why is hitting the cultural mainstream at just the right moment to push an important issue into the spotlight.”

7. From The Cut: Teens Explain What Adults Don’t Get About ’13 Reasons Why.’ “I go to school and I see all these people by themselves, and now I’ve chosen to really start connecting with these people…”

If you have watched the series, regardless of which side you fall on, chances are you agree that it’s a hot topic worth talking about in educator circles.