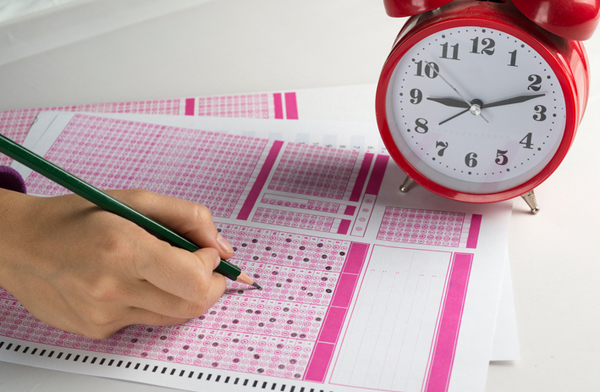 Turn on, Tune in, Opt out: America’s Complex Relationship with Standardized Testing

For the second year in a row, my daughter launched a full-fledged campaign against standardized testing. About a week before the tests began, she argued they were ineffective and unfair. She echoed the concerns of a variety of students, parents and teachers: It’s a bad measure, it’s stressful, it doesn’t influence grades, it takes too much educational time. As she took the exam, several of her opt-out classmates slept warm in their beds at home, increasing her frustration. 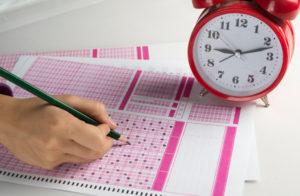 She is not alone. What started as a grassroots movement against standardized testing among students, parents and teachers led to the emergence of larger national organizations like FairTest and United Opt Out National. Complaints range from the cruel nature of testing (too many hours, no time to be children) to the ineffectiveness of the test itself. (PARCC has had a notoriously difficult roll-out.)

Race, class and opting out

While opting out remains rare among students nationwide, some areas of the country (including my own Colorado) have notoriously high levels of test refusal. The Denver Post reports that fewer than 90 percent of Colorado students participated in PARCC in the 2015-2016 school year. And the Colorado Department of Education identified those who opted out as “disproportionately white, economically better off and more likely to be native English speakers.”

CDE echoes a sentiment once shared by former U.S. Education Secretary Arne Duncan — that those involved in the opt-out movement are overwhelmingly white and wealthy. While ThinkProgress reports that the opt-out movement is increasingly diverse and organizers have reached out to minority populations, data shows that participation by people of color in the opt-out movement is low. Importantly, civil rights groups and many respected activists see standardized testing as a way to gather insight into the persistent education gap and what may be systemic failures in the education system’s ability to reach students of color.

Getting an objective view on how students are doing

There’s one essential benefit of standardized testing: an objective view on student performance. This information can give educators and policymakers insight into individual, grade-level, school, district, state and national student performance. In his article “This Issue is Bigger Than Testing,” author Jonah Edelman points out that students should be given “high-quality assessments” that “serve a useful purpose.” Edelman then cites evidence showing that PARCC and other modern standardized tests are of significantly higher quality than any previous standardized tests. Educators tend to give modern exams good marks for testing grade-level learning expectations and standards.

Edelman’s second point — that testing must serve a useful purpose — is essential. Standardized testing provides a thermometer for checking the effectiveness of curriculum and gathering information on persistent learning gaps, though it has notable limits:

Recognizing the pros and cons of standardized tests

Meanwhile, listening to student and parent concerns about time limits and testing stress can help make for tests that measure actual student knowledge and ability. It is essential that messages surrounding testing encourage parents and students to turn on, tune in and opt in, so my daughter isn’t testing alone.