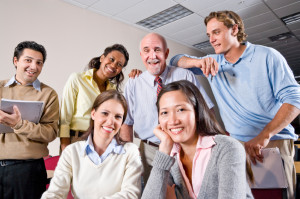 What Is the Future of Teacher Tenure in the United States? 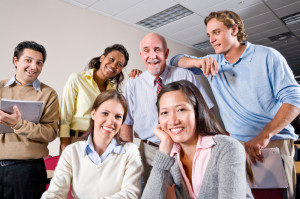 Teacher tenure, the concept of earned job protections, emerged in the early 1900s to protect teachers from arbitrary firings based on race, pregnancy, politics or other factors. In many states, it can be earned in two to five years and, once established, creates a system of due process that protects teachers from at-will firings.

Over time, some groups have come to believe that tenure protections for teachers have become burdensome, interfered with the education of students, and decreased the exit of poor teachers. In June 2014, a California court ruled in the case of Vergara vs. California, overturning three laws regarding earning tenure, layoffs by seniority, and the process of firing a tenured teacher. This ruling makes tenure a lasting part of education reform discussions.

After the ruling, education leaders, teacher unions and politicians responded. Educational reform advocate Michelle Rhee, founder of Students First, said, “It is my hope that this movement now continues on the national stage for all of our students.”

Others, like former Florida Gov. Jeb Bush, expressed a more decided notion that the impact of this case would “be felt well beyond California.” Even Education Secretary Arne Duncan shared that he believed the current tenure system “failed to support student needs.” American teacher unions took note and immediately began crafting responses to the inevitable creep of policy changes and court cases that would address the concept of tenure.

The basis for the Vergara vs. California decision lay in the idea that tenure led to institutional acceptance of poorly performing teachers for schools and districts that lacked the means to fire tenured teachers. Tenure, the plaintiff claimed, had become a new civil rights case and should be halted on behalf of minority and poor students.

The court found little evidence to support tenure, and decided there was substantial evidence to show that tenure afforded protections to “grossly ineffective” teachers. One significant piece of evidence used in making the decision came about in cross-examination with state’s witness Dr. David Berliner. Berliner testified that he believed there was a possibility that a certain small percentage of teachers would appear, through value-added models, to have a strong negative effect on student outcomes.

Witness after testimony on number of bad teachers: ‘I pulled that out of the air’

In a post-decision interview with Slate magazine, Dr. Berliner said his testimony was misconstrued in the judge’s decision because he doesn’t believe value-added models are the best indicator of teacher performance and had never met a teacher he would characterize as “grossly ineffective.”

He also shared that he had made a guesstimate during cross-examination; he didn’t have hard numbers regarding the number of teachers whose students consistently perform poorly in standardized testing. This fact might prove shaky ground for the plaintiff on appeal.

Regardless of the appeals process or ultimate outcome of the Vergara case, it’s safe to say that teacher tenure will be at the forefront of legislative and judicial minds. Education reform organizations like Students Matter and the Partnership for Educational Justice are pushing for reviews of tenure.

In New York, educators and their union representatives are currently preparing responses to the arguments against tenure, focused largely on rebutting both the value-added model of teacher efficacy and the laborious nature of removing tenured educators.

As both sides prepare for the inevitable nationwide teacher tenure battle, it’s important to note that tenure acts as one means of identifying good teachers and protecting their effective pedagogical practices throughout their careers. With significant rates of early-career abandonment in the teaching profession, tenure advocates highlight the importance of tenure in rewarding and retaining the best teachers while also establishing early identification and exit of struggling teachers.

Advocates also point out that having tenure is not a permanent job protection for teachers, and they dispute the onerous descriptions of the length and expense of the firing process anti-tenure organizations emphasize. They also point to the conflict surrounding tenure as one issue driving teachers out of an already difficult profession.

Finally, it’s essential to remember that in its original form, teacher tenure played an important role in establishing independence for educators to advocate for student needs over administration policies when there was a conflict. When educational policy decisions are made in the best interest of the children, it seems essential to act in a way that allows teachers to speak on behalf of those they are educating without fear of losing their jobs.