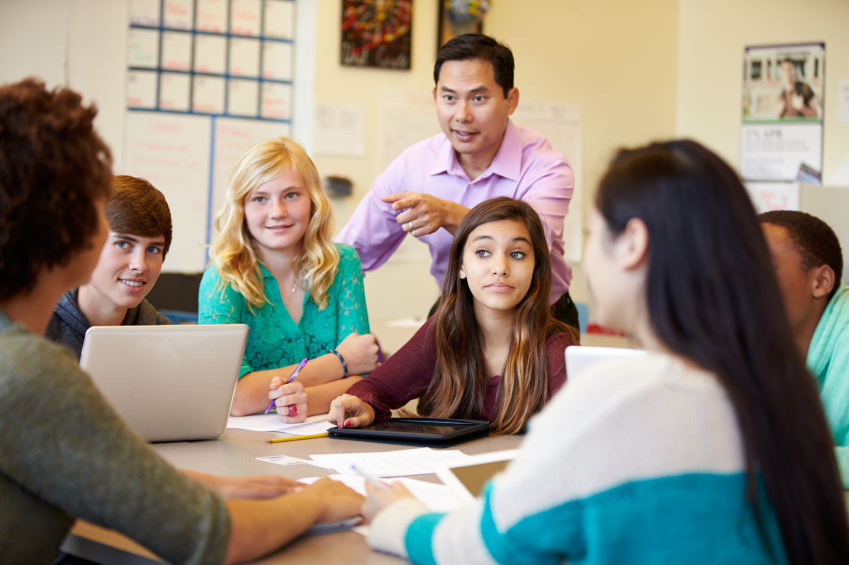 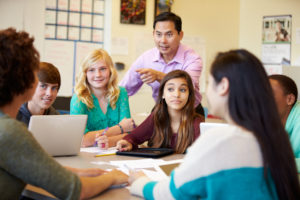 In K-12 education, the most common debate over gender equity might be hidden biases in the ways teachers treat male and female students. But because feminism, sexism and gender equality inform middle and high school students’ self-perception and knowledge, teachers should recognize the value of discussing them in the classroom.

Discussing feminism as defined and perceived

Teachers can begin a discussion by asking students to articulate their understanding of feminism. After all, the desired outcome of feminism looks different depending upon whom you ask. Women and men alike incorrectly believe that feminism’s primary aim is to reduce mens’ rights or put women in a position superior to men.

Some opponents of feminism believe it exists as a means for women to justify what they see as immoral behavior, whether that is style of dress, choice of profession, or violation of socially-defined sexual mores. While this may be the goal of some feminists, it is not the primary aim of feminism in general.

Dictionary.com’s contemporary definition of feminism is “the doctrine advocating social, political, and all other rights of women equal to those of men,” and “an organized movement for the attainment of such rights for women.” In spite of textbook definitions, the socially-understood concept of feminism has changed over the past few decades.

As students enter middle and high school, it becomes even more important to bring gender into the classroom in order to address its role in issues including bullying and rape. In her article “Teaching Feminism in High School: Moving from Theory to Action,” high school teacher Ileana Jiménez suggests incorporating feminist studies into high school curriculum by first introducing intersectionality, which examines the ways people are mistreated because of their race, gender, class or disability.

Jiménez encourages students to write about their own experiences with sexism in order to help them to understand how their own lives have been affected by gender. Once students are able to identify different forms of sexist behavior, she asks them to make their voices heard and push toward social change.

Responding to feminist thought by comparing and contrasting blogs

Some movements take issue with the way feminists view the plight of women and the strategies they use to achieve equality. One way to discuss these arguments is to compare blogs with opposing views of feminism. Examining these as a class can help students explore their own beliefs.

Women Against Feminism: ‘I don’t need feminism because…”

A Tumblr blog titled Women Against Feminism features photos of women holding signs printed with their responses to the prompt “I don’t need feminism because…”. Submissions include:

In Boston Globe columnist Cathy Young’s analysis of the posts on WAF over the course of one week, “46 percent were egalitarian, 19 percent endorsed men’s issues, and 12 percent criticized feminist intolerance toward dissent. Only 23 percent reflected traditionalist views such as support for distinct sex roles, chivalry, or full-time motherhood.”

While a portion of the posters on Women against Feminism genuinely oppose feminist ideas, many of them are actually aligning themselves with its traditional goals. This points to an idea that is becoming very prevalent: Women and men alike are damaged by the strict perceptions and definitions of acceptable female and male behaviors.

Many women pictured on WAF also object to the concept of rape culture, choosing to perceive women as singularly empowered rather than at risk for becoming victims. Their viewpoint is that feminism is no longer necessary, because the end goals have already been achieved.

WAF posters take further issue with the facts espoused by the feminist movement that find inequalities prevalent. As Young cited, posts speak to “many studies [that] show the pay gap to be largely due to women’s choices of more family-friendly — and life-friendly — jobs. (As for school, American women have long outpaced men in educational attainment, currently earning about 60 percent of college degrees.)”

Many feminists have expressed great concern with the points argued on Women Against Feminism. Beyond stating that blog contributors misunderstand and misrepresent what feminism is, they argue that the blog is a dangerous misrepresentation of the rights women actually have. For example, many WAF posters seem to believe that women no longer face social and societal constraints, which is categorically false.

Who Needs Feminism: ‘I need feminism because…’

Another Tumblr, Who Needs Feminism?, is the brainchild of a Duke University course, Women in the Public Sphere, and seeks to dispel negative stereotypes surrounding feminism in order to disprove the notion that feminism is no longer necessary. Rather than offering a singular definition of what feminism is, does or seeks to do, the blogs’ administrators ask that women define feminism on a singular basis and for themselves.

Who Needs Feminism features women posing for selfies while holding signs completing the sentence “I need feminism because…”. Some women speak to prevalent victimization:

Interestingly, many of the posts on both blogs express the same frustrations, albeit under the guise of different movements, which in and of itself seems to call attention to the need for a new definition.

Examining how rigid gender roles hurt both boys and girls

Regardless of one’s stance on feminism — pro, against or in favor of re-defining the term — it is clear that there are issues pertaining to how society defines gender as a whole. It’s true that women are expected to conform to certain standards; however, men, despite their privileged position, are also expected to fit a specific mold of masculinity.

In her recent documentary “The Mask You Live In,” Jennifer Siebel Newsom explores how boys and men learn the meaning of masculinity. In a Buzzfeed interview, she states, “When you compare boys to girls, boys are more likely to drop out of school, be prescribed prescription meds, binge drink, commit a violent crime, and/or take their own lives. And when you hear those statistics you go, Oh my gosh, it’s not just that our girls and women are suffering, but our boys and young men as well.”

Part of the problem, Newsom says, is that our culture tends to devalue the feminine. This is problematic for women, but also for men who act in a way that is associated with being feminine. The phrase “be a man” comes with a restrictive list of behavior expectations, none of which allow boys to express feelings or acknowledge vulnerability. Under this system, men and women must police their behaviors to avoid ridicule, ostracism or even violence.

Defining gender as more than biology

In order to help dispel misguided viewpoints pertaining to gender, there needs to be a paradigm shift in how it is approached. If gender is perceived as a continuum rather than an either/or designation, what it means to be male or female becomes less beholden to toxic definitions. This change opens up a variety of opportunities for everyone.

Biological determinants of sex in no way determine masculinity and femininity. Instead, these designations are based on a series of learned behaviors associated with women and men. Understanding this is integral because it allows men and women to behave in whatever manner they choose regardless of their designated sex.

In order to move society forward in gender equity, children and young adults should learn to perceive gender differently and more equally. Teachers can do a lot to help young students break free from these rigid definitions. A good place to start is to avoid gendering students’ behavior — “Don’t throw like a girl!” — or treating them differently based purely on their sex.

Instead, teachers should focus on what makes kids good people in general and establish rules that pertain to good behavior for both sexes. Early childhood is the best time to start working with students, as they are still forming an understanding of gender roles.

Gender freedom and egalitarianism seem to be the end point of all of this noise; the problem is less of how we define feminism and more of how we singularly define women and men. By removing expectations and language surrounding gender, we help people define who they are as individuals. In order to promote a gender-equal society, it is important to help students to form new understandings from a young age.