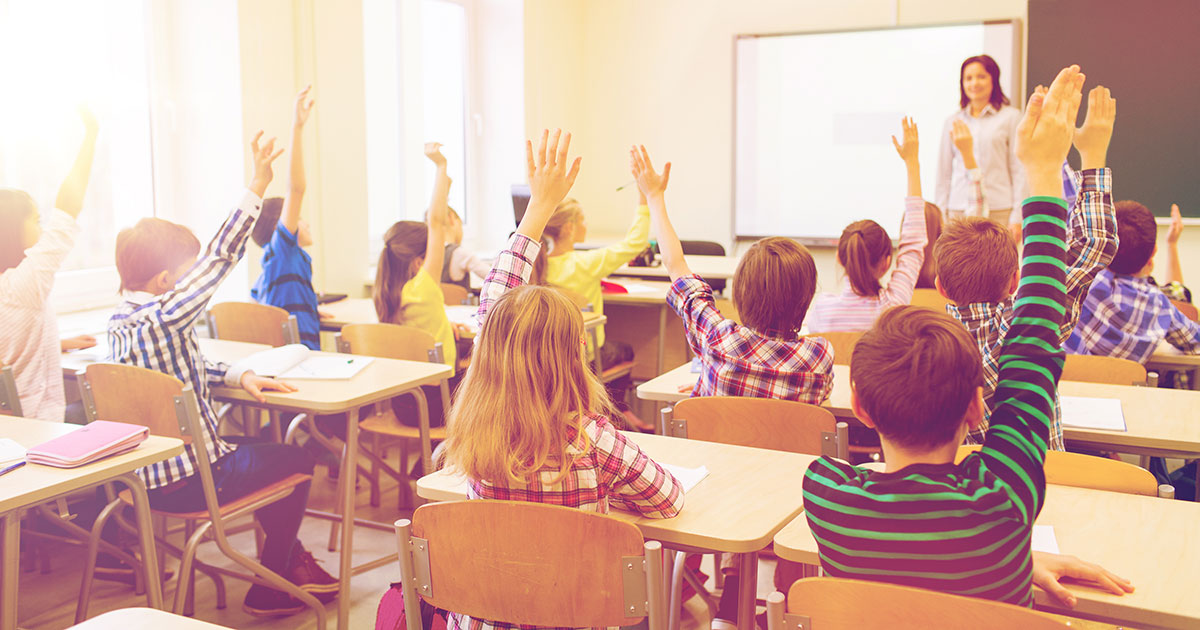 A Pantene ad recently gained attention for addressing unconscious discrimination in the workplace. Watching descriptors like “boss” turn to “bossy” and “persuasive” turn to “pushy” depending on whether a man or woman was onscreen provides food for thought.

While most people do not intend to discriminate, these subtle differences in perception have a lasting influence on how they interact with others.

Ways teachers practice unconscious discrimination — and how to fix it

Most educators are dedicated to treating all students equally, but even they can sometimes fall victim to the phenomenon of unconscious discrimination. We’ve gathered four examples of hidden bias below, along with strategies teachers can use to defeat them in the classroom.

Teacher bias #1: Boys are out of control in the classroom

The gender biases illustrated in the Pantene commercial are a source of unconscious discrimination for many teachers. In “Stop Penalizing Boys for Not Being Able to Sit Still In School,” teacher Jessica Lahey notes that in her own classroom, she punished boys at twice the rate of girls — and nearly every warning was for disruptive behavior. Ask any mother or teacher of boys and they’ll tell you that their energy level and need for gross motor movement is difficult to tether.

It is painful to watch a brilliant student fail. Boys aren’t broken, and harnessing the very energy that makes them occasionally disruptive can turn these qualities into a strength. Lahey suggests a variety of ways to improve education for boys. These include designing lessons that:

In addition to harnessing boys’ unique personalities, these strategies can enhance the traditional classroom model and appeal to female outliers as well.

In a study from the University of Texas at Austin, high school teachers rated the math ability of white girls lower than white boys, even when grades and test scores were the same for both genders. One of the study’s authors, Dr. Catherine Riegle-Crumb, said, “The bias teachers revealed against white female students may very well be something they are not consciously aware of, and it’s usually subtle, but it’s definitely present, per our research findings.”

The past few years have brought a renewed focus on getting girls involved not only in math but in all STEM (Science, Technology, Engineering, and Mathematics) subjects. According to Encouraging Girls in Math and Science, a guide published by the Institute of Education Sciences, teachers who want to eliminate the bias against girls in math — and help them succeed in all STEM areas– can use the following strategies:

Teacher bias #3: The students you like get better grades

Another classroom group gets the benefit of the doubt more often than we realize: teacher’s pets. A recent study in England found that in one in ten cases, a teacher’s feelings about a student had a direct influence on their toughness in grading. Considerations like length and neatness of writing also led to better teacher perception. Researchers considered this evidence that teacher-run assessments can and should be replaced with more formal standardized testing in order to avoid these issues.

While this bias may cast doubt on internal assessment, it is important to note there are means of handling unconscious bias without switching entirely to computer-run standardized testing. Teachers should consider grading in teams, if possible, with norming sessions that help them articulate the expectations of the assessment. Other means of handling such unconscious bias could simply be instituting blind grading or other policies that allow for a separation of the student from their work to some extent.

Another group that suffers unconscious discrimination in the classroom: introverts. Although researchers estimate that between 16 and 50 percent of people are introverts —  naturally inclined to need quiet and time to themselves — some teachers assume that they lack intelligence. A 2011 study revealed that teachers gave (hypothetical) students a low rating on intelligence and academic ability when the child was described as quiet or shy instead of average or talkative. As class discussion and student participation take precedence over traditional lecture-based classes, introverted students can feel increasingly uncomfortable in the classroom.

In Education Week’s article “Studies Illustrate Plight of the Introverted Student,” Sarah Sparks says that one good way to differentiate for introverted students is to balance class discussions with time for students to reflect quietly. Additionally, allowing students to choose between working in groups or alone gives introverts space to do their best work while also supporting those who excel at working with others.

It appears that the best means of addressing unconscious discrimination is continued improvement on the part of educators. Ensuring that classrooms are dynamic and functional for all students and that lesson planning and assessment methods are fair is one way to eliminate hidden biases. A little reflection on the part of teachers goes a long way toward ensuring that every student gets the education they deserve.