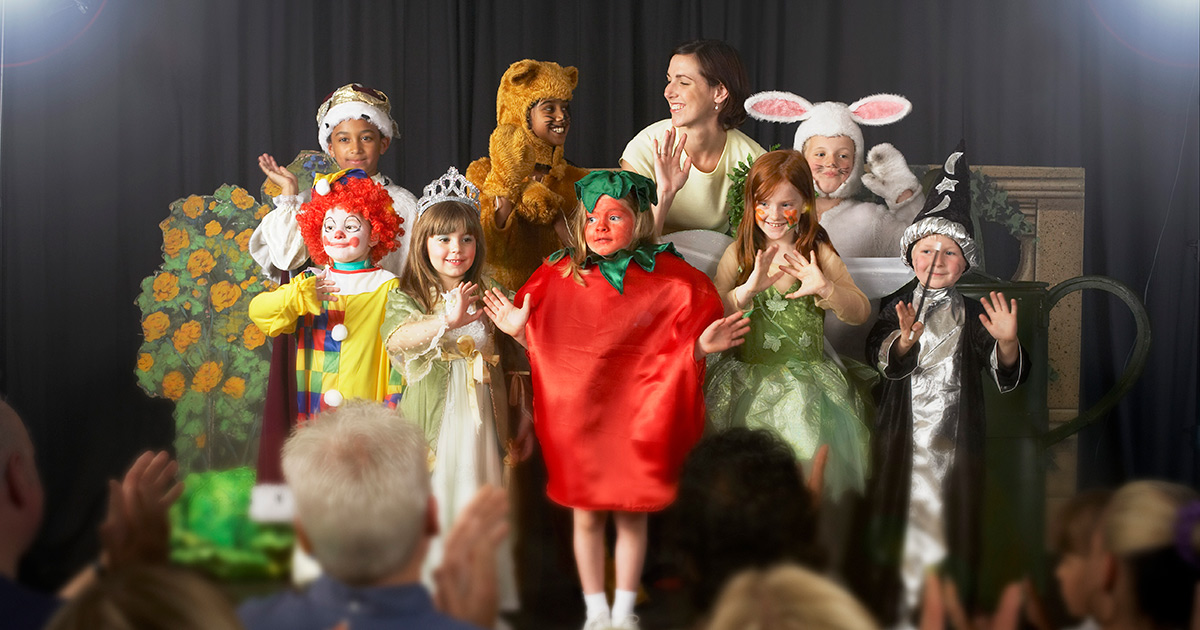 First and foremost, it is important to remember that a drama teacher’s primary role is as an educator, not an actor. Many drama teachers work with elementary and secondary students, helping them learn about theater and other forms of performance art. Acting is only one small part of producing a live show, and a drama teacher is often the point of call for staging, technology, and other aspects of performance.

Curricula often focus on skills development for public speaking, engaging students in their own creative works. While a drama teacher might spend much of their time working on a production for the holidays or the end of the year, lesson planning and grading are also part of the job.

Many schools may not have full-time positions available for drama teachers. These classes may be considered enrichment and not part of the core curricula, making them some of the first jobs cut when budgets shrink. In some schools, daytime teachers might also coach a drama club, rather than teach drama during class time.

At schools where drama is a full-time subject, teachers can expect a day that is similar to any teaching job. Most of their time is spent working directly with students. Lessons might include sessions on how to project your voice or ways to more effectively deliver a line, but they may also look at the cost to put on a production, the economics of performance art, and the development of sets and costumes.

What employers expect from a drama teacher

Drama teachers provide formalized instruction to students on performance art. Productions may include spoken parts, singing, dancing, and other choreography, along with plenty of preparation for the live show. Some of the most common responsibilities a drama teacher might be expected to take on include:

Traits and skills of a good drama teacher

A drama teacher who gets the best performance from students and instills a love of live theater and other performance art is one who:

Behind the scenes of a drama teacher

Teaching drama at the elementary or secondary level often means a teacher must have a bachelor’s degree, some experience in actual production, and a teaching certificate.

Acting professionals may transition into teaching, passing down many of the skills they learned. While professional experience may substitute for a degree in some states or at private schools, most require a degree. At higher-ed institutions, drama teachers may need a master’s degree or PhD.

Where you work and whether or not you work full-time as a drama teacher can dramatically affect your expected compensation. Those employed by higher-ed institutions may earn more than those employed at the elementary level.

Pay can be calculated hourly or per course when the position is not full-time. The average hourly rate, according to Ziprecruiter, ranges from $16-25 per hour, for most drama teachers.

Here is a snapshot of average salaries for drama teachers:

For postsecondary schools, the Bureau of Labor Statistics lists the mean salary for drama teachers as $69,960.

The future of drama teachers

In general, drama teacher jobs fall in line with general education instruction, which often depends on state and local budgets when it comes to hiring. K-12 education often cuts enrichment programs like drama as the first line of defense against shrinking budgets. When budgets grow, schools tend to spend more on enrichment programs. As a result, external factors may play a big role in hiring decisions for drama teachers.

For high school teachers, job growth is expected to be average at about 4% through 2028. Some schools may move from full to part-time positions for drama, though there is a thriving network of private and vocational schools dedicated to theater arts.

Benefits of being a drama teacher

Drama teachers have all the benefits of a standard teacher with plenty of time spent directly with students. Students often enroll in drama out of an interest in the subject matter, which makes teaching acting and performance a pleasure.

Drama teachers also enjoy the creative aspects that allow them to take a well-known play and tailor it for younger audiences, modernizing scripts and sets. Teaching drama offers a creative outlet, a chance to interact with young and excited new entrants to the acting profession, and an opportunity to give back to the community, putting on professional programs in a school environment.

The downside of a profession as a drama teacher

While teaching drama offers plenty of intangible rewards, it also has some challenges. Budget constraints may limit students’ ability to put on productions and build sets and costumes, and disappointing students is never an easy task. Developing lesson plans and following a state curriculum may slow down skills development with strict schedules. Communicating with parents surrounding auditions can be complex and requires considerable tact.

As a drama teacher, the next steps professionally might involve a move out of teaching and into directing for a theater company or a move to a department chair for those interested in continuing to teach. The department chair spends plenty of time in the classroom, but also provides administrative help to other teachers in the department and advises on curriculum development.

Moving up the career ladder may require an advanced degree in education. While teaching students without the need to provide oversight typically requires a bachelor’s degree, education administration may require a master’s degree. Different concentrations allow drama teachers to focus on administration, curriculum design, classroom leadership, or other essential skills that may lead to higher compensation and promotions.

Many organizations exist with the sole goal of supporting aspiring and working actors, along with the educational systems that help create them. Drama teachers benefit from an extensive network of available professional associations, all with different areas of expertise. Some of the most common and helpful options for drama teachers include:

Best of the web

Staying up to date on the latest and greatest teaching methods, acting competitions, and other information for students has never been easier. Here are a few twitter and blog accounts to follow and check for exciting updates to acting education.