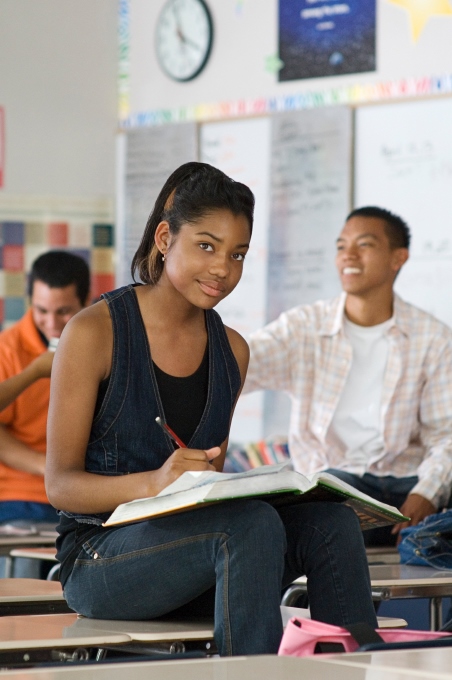 Using the #Fergusonsyllabus to Connect Black History to the Present

During Black History Month, educators teach about African-American leaders and movements that are not included in the traditional curriculum. As we seek to develop strong critical thinking skills in our students by problematizing and connecting history education with today, this year presents an excellent opportunity for students to consider the role of race in America’s… Read More

The majority of America’s educational resources are focused on students inside classrooms. However, there is a growing population of young people who may never, or only partially, engage in formal schooling. The number of homeschooled students is small but growing In 2012, the U.S. Department of Education reported that about 3.4 percent of all age-eligible… Read More

Last week, my son’s class wrote their first persuasive speech. They identified a problem within their school, chose a specific audience, and using facts and research, attempted to persuade their school janitor to join them during recess every Friday to share his obstacle-course building skills with students. This was a small-scale service learning project, but it… Read More

For almost two weeks, students in Colorado’s Jefferson County school district — often shortened to Jeffco — engaged in acts of civil disobedience. Some walked out of class; others rallied before or after school, holding signs saying “Don’t Make History a Mystery” and “Protest IS Patriotism.” The protesters were angry about the JeffCo school board’s proposed committee… Read More

Start Your Own Learning Revolution With Transformational Teaching

In his 2010 TED talk “Bring on the Learning Revolution,” Sir Ken Robinson suggested that the best evolution in education can be made by moving from a factory-style mechanical model toward an organic model of teaching that adjusts specifically to the people being taught. Robinson’s criticism of education reform should be noted, but the reality… Read More

C-SPAN Classroom is an Important Tool for Social Studies Teachers

Now is a great time to be a social studies or government teacher, thanks in part to a multitude of technology resources that can help educators engage students, promote classroom deliberation and develop rich K-12 lesson plans. An excellent example of those resources is the website C-SPAN Classroom, which provides high-quality, up-to-date teaching materials for… Read More

Studying historical facts and figures has been a mainstay in elementary and secondary schools for generations. That’s especially true in government and civics classes, where students learn about the U.S. presidents and their places in history. But memorizing this information can be a monotonous task for some students. Fortunately, technology can help make that job… Read More

Teaching history is an imposing task, particularly when trying to help students understand how America’s past influences the present. State and national affairs author Colin Woodard has attempted to create modern connections by breaking the U.S. up into regions with very specific characteristics in their dominant culture. Educators can benefit from exploring Woodard’s book, Amercian… Read More

With funding problems and increased liability issues abounding, interactive virtual field trips are the most likely way many students today will experience environments outside their classrooms. While actual field trips can give students some hands-on experience and a different perspective on their lessons, these trips are limited to nearby destinations and can take entire school… Read More

As March rolls around each year, teachers start creating lesson plans for Women’s History Month that help to emphasize the importance of women throughout history. These lesson plan ideas can help teachers integrate the importance of the role of women in society into many different school subjects. Painting like great women Many people think of Picasso, Monet and van Gogh when… Read More

For Anne Sullivan, education was a way to escape blindness and grief. It was her background and schooling that provided the tools she needed to engage one of history’s most famous students. Perhaps no woman, no teacher, has ever done a better job of reaching a pupil than Anne Sullivan. Because of her skills and… Read More

It’s tough to be an educator these days. School budgets are being slashed more than ever, and teachers struggle to get the materials they need in order to do their jobs. This can have long-term negative effects on student success and graduation rates, creating ripples throughout the nation’s economy. Like most educators, social studies teachers… Read More

By The Editorial Team •

There are numerous ways for students to examine current events that relate to social studies. However, studying current events requires a deep understanding of the economic, cultural, political and sociological aspects of a specific event. Without this background knowledge, motives and actions can seem capricious or irrational. However, once a student understands the history of,… Read More